Hello to 2018! I’ve been absent from the blogging world for awhile but I have been reading piles of books and traveling. It’s good to be back!

I just returned from a field trip of Biblical proportions. We journeyed through Israel and are still processing all that we saw, learned, and experienced. It was a physical trip with miles of hiking up mountains and down into tunnels and cisterns. We traveled light and I downloaded books onto my tablet even though I prefer reading actual books.

Here are a few that I brought along: 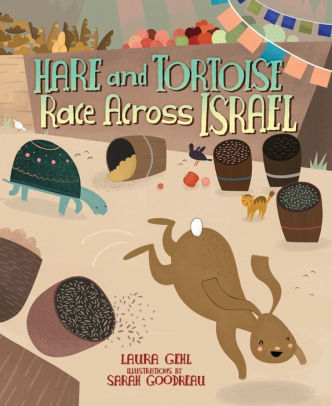 In this clever retelling of Aesop’s Tortoise and the Hare, the two friends decide to see who can get from Tel Aviv to the Dead Sea the fastest. Hare gets sidetracked by the things he comes across – apricots in the market, baklava in an oasis, and Bedouins in the desert. Tortoise takes his time and greets others with a cheery “Shalom.” The illustrations are done in beautiful pastels and show the diversity of the geography, animals, people, and food of Israel. Instead of “slow and steady wins the race,” the book encourages travelers to “take your time and look around.”
Picture Book ages 4-7 Kar-Ben Publishing: 2015 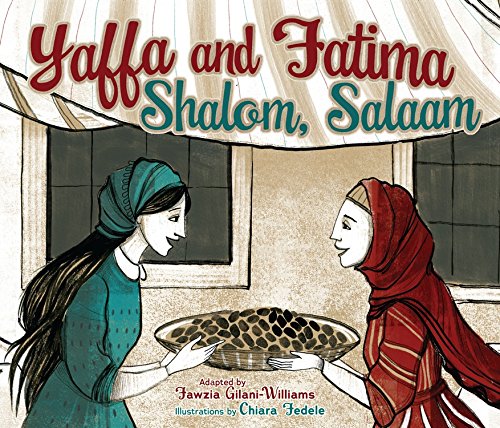 Inspired by an old folktale with Jewish and Arab origins, Yaffa and Fatima are best friends who have much in common.  Each tends their date groves. They greet each other with “Shalom, Peace!” and “Salaam, Peace!” They pray – Yaffa in a synagogue and Fatima in a mosque. They enjoy religious celebrations, Passover for Yaffa and Eid for Fatima. They share conversation over their favorite foods, schnitzel and schwarma. But, when a drought limits the date harvest, each worries that the other will go hungry. At night, they secretly they leave baskets of dates on each other’s porch. When they discover who left the gift, they are grateful that they each have such a thoughtful friend. This gentle and lovely story shows the power of friendship despite cultural differences which is a message much needed these days. The original story was written with male characters but I enjoy this version with two female friends.
Picture Book ages 4-9 Kar-Ben Publishing: 2017 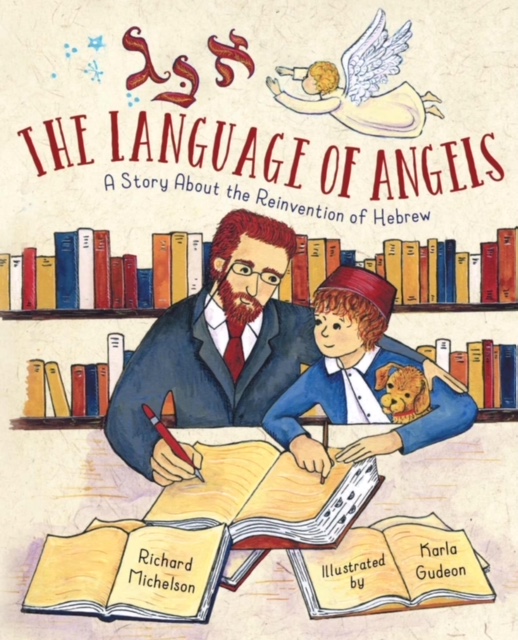 The Language of Angels: A Story About the Reinvention of Hebrew
by Richard Michelson (author) and Karla Gudeon (illustrator)

One of the amazing things about Israel is the re-emergence of the Hebrew language. This beautiful picture book tells the story of Ben-Zion whose father, Eliezer, insisted that he only learn and speak Hebrew. The year was 1885 and Hebrew had not been spoken in over 2,000 years. Jews arriving in Israel spoke many languages including Yiddish, German, Arabic, and Russian. Many believed that Hebrew was a holy language and should be used only for prayer. Eliazer felt that the people of Israel should be able to communicate in a common language and that it should be Hebrew. Ben-Zion had no friends until his father realized that children were not resistant to change. He encouraged children to learn the language. New words had to be invented for modern items like ice cream and bicycles. Eliazor wrote a dictionary and children competed to create new words. The children taught their parents and, eventually, Hebrew began to be taught in the schools. The beautiful art in this book is based on illuminated manuscripts.
Picture book ages 5-9 but will be enjoyed by anyone interested in Israeli history. Charlesbridge:2017 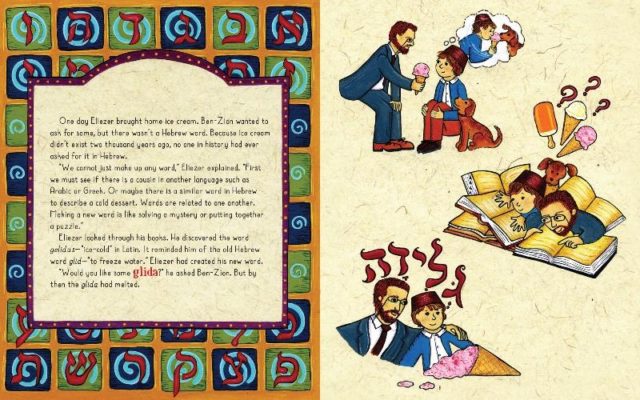 We saw so much – but not everything. I’m hoping to return in the not-so-distant future. Here are a few highlights: 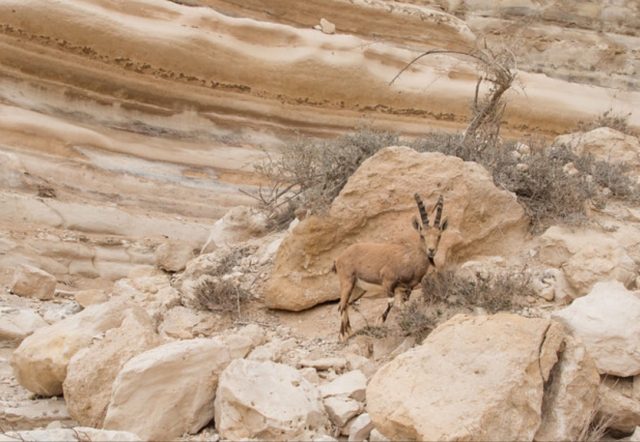 An ibex in the Wilderness of Zin. 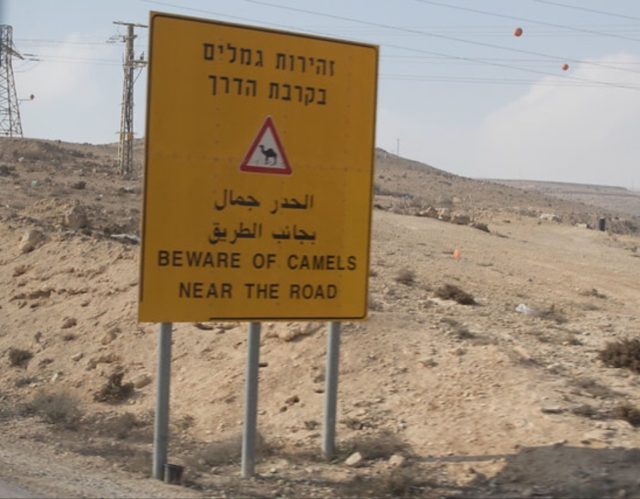 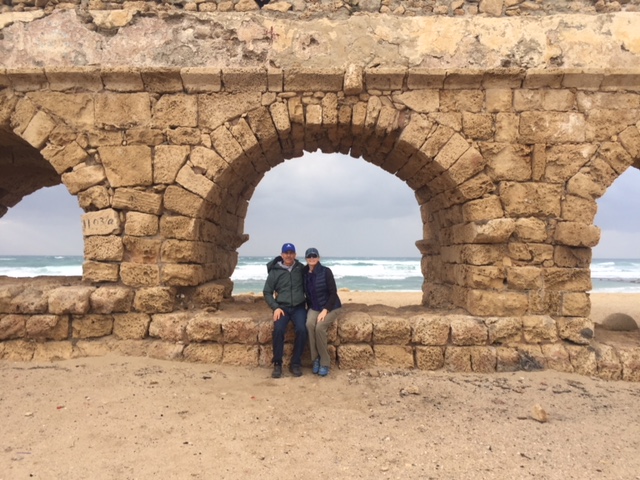 Roman aqueduct on the Mediterranean at Ceasarea by the Sea. 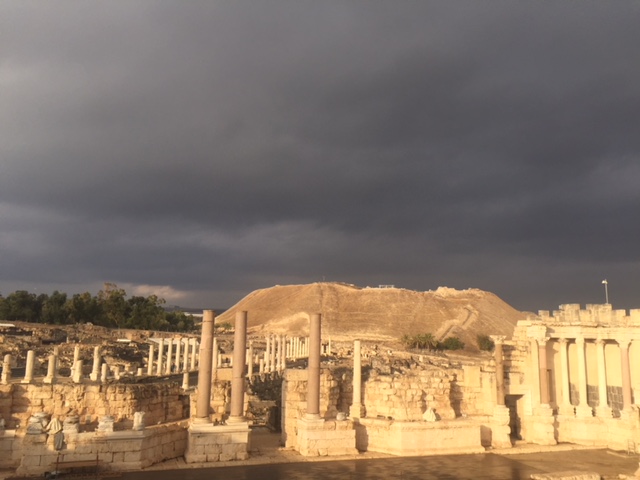 Ruins of ruins of Beit She’an 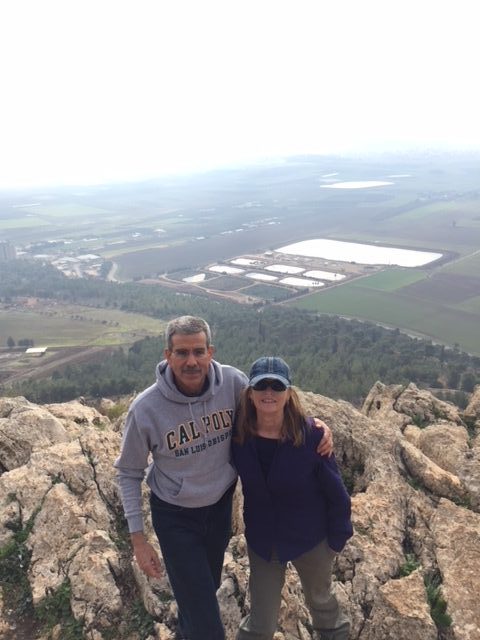 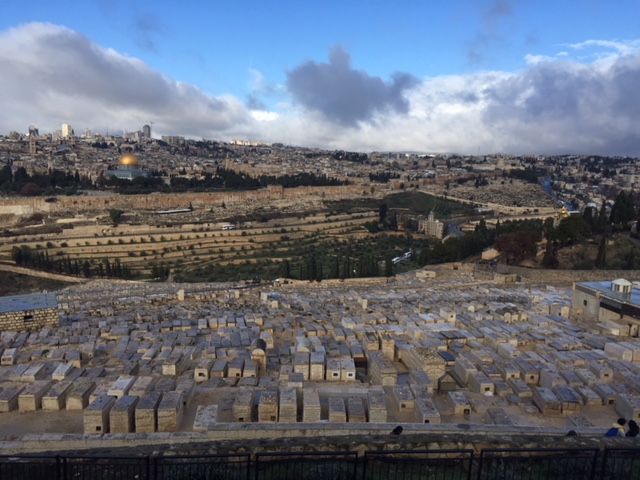 Oh, Jerusalem, from the Mt. Of Olives. 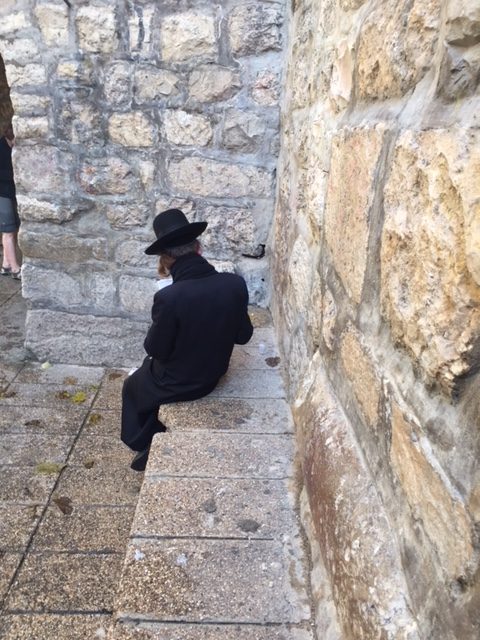 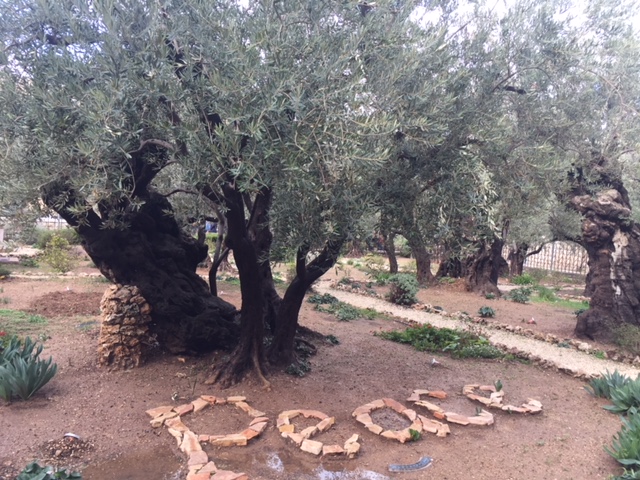 Shalom from the Garden of Gethsemane