B is for Brazil 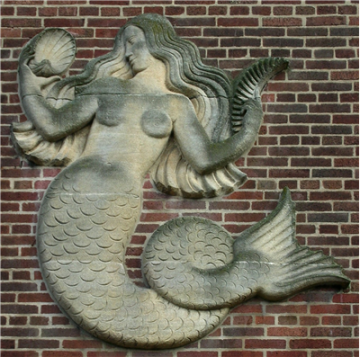 Brazil is home to a mermaid named Iara who, according to Tupi Indian mythology, is considered to be the “Mother of the Rivers.” She is beautiful with dark hair and green eyes. She uses her enchanting voice to lure men into the water where they drown. Iara is said to appear on the shores of lakes and rivers.

The Tupi legend says that Iara was a beautiful warrior whose brothers were very jealous of her because their father showered her with praise. They planned to kill her, but she heard about the plan and killed them first. Iara fled into the woods but her father chased her and threw her into the river as punishment. The fish in the river saved her and, because it was a night with a full moon, she turned into a mermaid.

She is often blamed for the deaths of people who drown or disappear. To this day, natives of the Amazon region fear her and do not venture near water when there is a full moon.

Doing research, I have discovered many sites about mermaids. It is wonderful to see the diversity of these legendary creatures and I plan to showcase as many cultures as I can.

I came across this Brazilian children’s book which I would love to add to my growing collection of mermaid books: 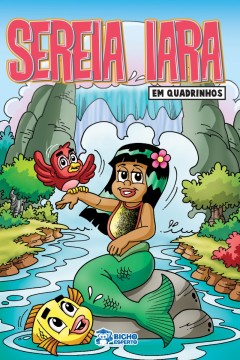 While searching images, I found the website, Rejected Princesses. The creator, shares the story of Iara with this accompanying illustration: 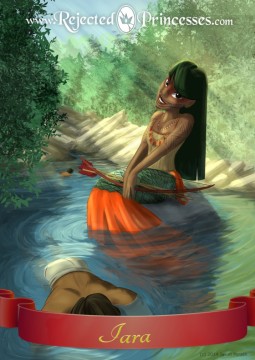 If you have a moment, I suggest that you visit Jason’s blog to learn the fantastic history of many overlooked legendary women.

Have you ever heard of the mermaid Iara?

« A is for Atargatis, Assyria, Aquamarine, and Aqualiscious
C is for Columbia »