I am a big fan of graphic novels. During the month of October I have been reading reviews posted by the community at #GNCelebration. Today is the final day so I’ve decided to join the celebration by sharing the graphic novel that I just finished reading. 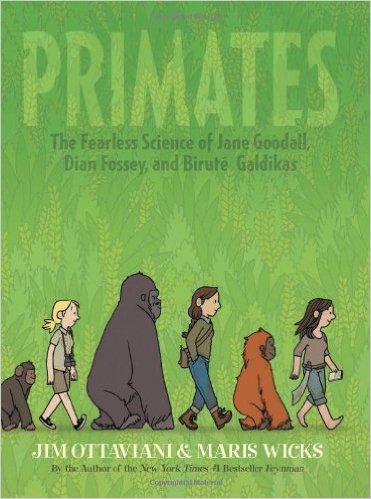 Primates is a lightly fictionalized nonfiction graphic novel that describes the scientific work with primates conducted by Jane Goodall, Dian Fossey, and Birute Galdikas. I have read extensively about Jane Goodall but not much about Dian Fossey. I must admit that I had never heard of Birute Galdikas before reading this book. The lives of these three women are all connected due to the influence and sponsorship of Louis Leakey, the famed paleo-anthropologist. Leaky believed that it was not enough to discover fossils but that living primates needed to be studied. He thought that women were better suited than men for this type of work. 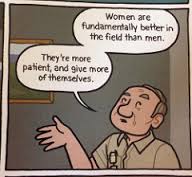 Jane Goodall met Leaky in 1957 and went to study chimpanzees in Tanzania. 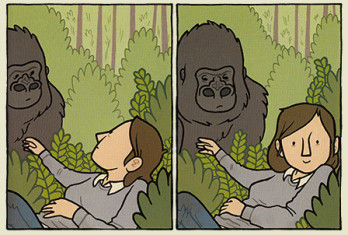 Birute Galdikas attended a lecture given by Leakey in 1969 and became convinced that she should study primates. Leakey arranged for her to go to Borneo to observe orangutans.

The text and illustrations in Primates describe the difficult realities of the lives of these three fearless women who each made important discoveries and brought the plight of the great apes to the attention of the world.

The illustrations are very clever and really how rough it is to work out in the field.  This book is one that should be shared with middle school and high school students as it will inspire the next generation of scientists.

I thought you might enjoy this photograph of Dian Fossey, Jane Gooodall, and Birute Galdikas: 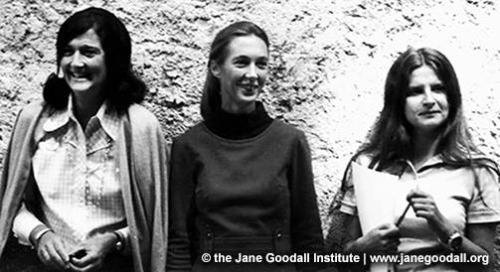 What do you think of these brave and adventurous women?

« A list-less day
Why Movember Makes November Even Better »