Wouldn’t you love to go to Fairy Tale Land? We can at least get a glimpse of this magical place through maps. 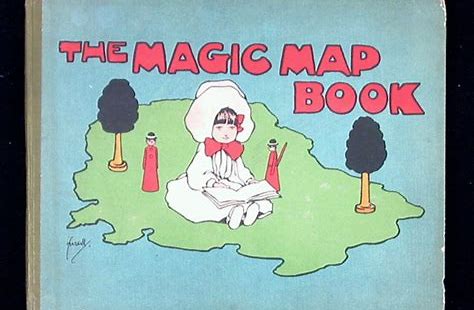 This rare 1908 British book tells the adventures of two children and includes a map so that readers can follow them on their journey. 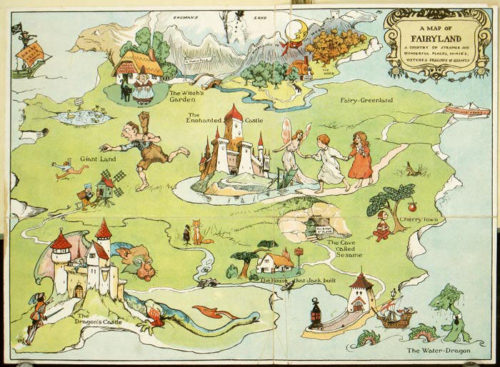 There are more detailed maps on each spread.

Another wonderful map of Fairy Land is found in

This book is a hard backed collection of fairy tale comics originally published in comic book form series Fairy Tale Parade and Famous Fairy Tales in the late 1940’s. Walt Kelly was an animator for Disney who went on to become one of the world’s best known cartoonists as the creator of Pogo. 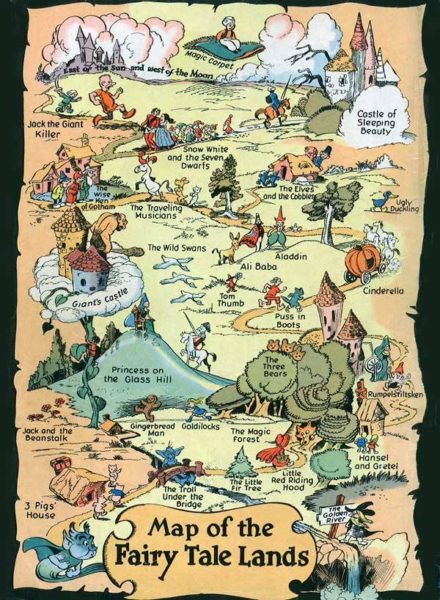 Now there’s no excuse to get lost if we ever find ourselves in Fairy Tale Land.