There’s always reason to celebrate when a new book by U.S. Children’s Poet Laureate and author Margarita Engle is released. We are doubly fortunate this week because two new books have become available! 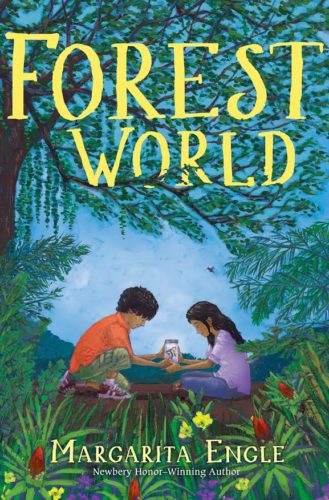 Forest World (Atheneum Books for Young Readers) is her latest middle grade verse novel which follows the journey Cuban-born but U.S. raised Edver unwillingly takes to his birthplace to see his father. Imagine his surprise when he meets twelve-year-old Luza, a sister he didn’t know he had, who lives in the forest with their father and grandfather. Luza’s excitement over meeting her long-lost brother sours when she sees his spoiled American behavior. The story is told in their alternating voices as they confront decisions made by their parents and the disparity in their upbringings.

Forest World is a fascinating work of environmental fiction. Computer game loving Edver is lost at first without internet access but begins to bond with his artistic sister over their shared interest in the natural world.  Edver and Luza’s mother is a cryptozoologist who travels the world searching for rare animals. Their father spends his time protecting the forest from development and poachers. Edver and Luza scheme to get their mother to Cuba in search of a rare butterfly but their plan backfires when a dangerous poacher, who profits from capturing endangered species, intercepts their message and arrives on the island. They realize they must work together to protect the forest they both love.

Forest World is a deeply layered novel which sensitively deals with fractured family relationships, hardship caused by political decisions, the disparity of wealth, and the resourcefulness of the Cuban population. Cuban food, traditions, and language are explored as well as environmental issues such as Lazarus species, the greediness of poachers and collectors of endangered animals and plants, and the importance of protecting our natural world.

Students will be mesmerized by Margarita Engle’s vivid verses even as they describe some rather unsettling natural behavior:

“The wasp injects poison into a roach’s brain
turning the bigger insect into a zombie,
that can be ridden like a horse
using the antennae as reins,
until they reach the wasp’s nest,
where guess what, the obedient roach
is slowly, grossly
laten by squirming
larvae.”
Margarita Engle brings together her extensive knowledge of Cuba and her love of flora and fauna in this novel which will be enjoyed by adventure loving boys and girls. 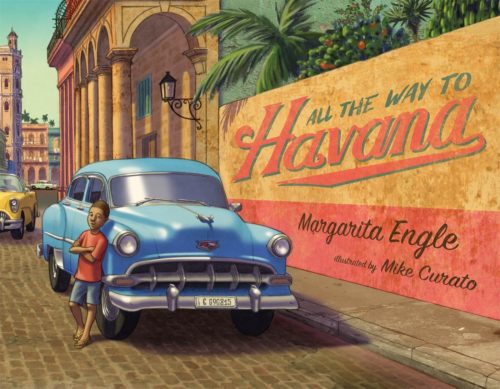 All the Way to Havana by Margarita Engle and illustrated by Mike Curato (Henry Holt and Company) was also released this week. You can read my review of it here.

p.s. Have you ever heard of a juvia? Edver befriends one and names it Snoopy. Here’s a photo: 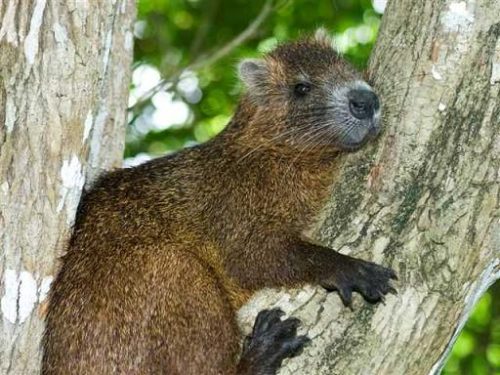 « Total Eclipse Field Trip – where will you be?
Board Books that won’t make you bored »