One of the most dramatic areas of geographic study is that of the movement of people escaping war, drought, and terrorism. This is not a new phenomena but goes back to the dawn of history. There so many gripping stories of refugees and today I’d like to share of of the most beautiful and emotionally stirring refugee accounts that I have read.

How I Learned Geography 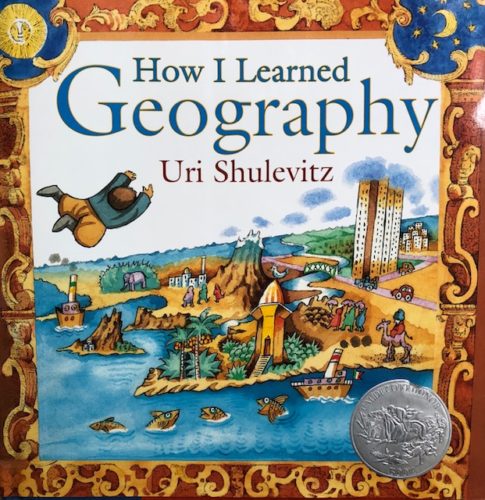 How I Learned Geography is a perfect example of how important and inspiring a child’s picture book can be. It is beautifully illustrated and the deceptively short and simple text tells a powerful story of love and hunger that bread alone can’t satisfy. It is the true story of a young boy who flees with his family from their war ravaged home. They end up in a far away country where they live in a small room with another couple. His father goes to town to buy bread, but returns with a map instead. The boy is angry and hungry but the map fills the dark room with color and the boy’s imagination takes flight. 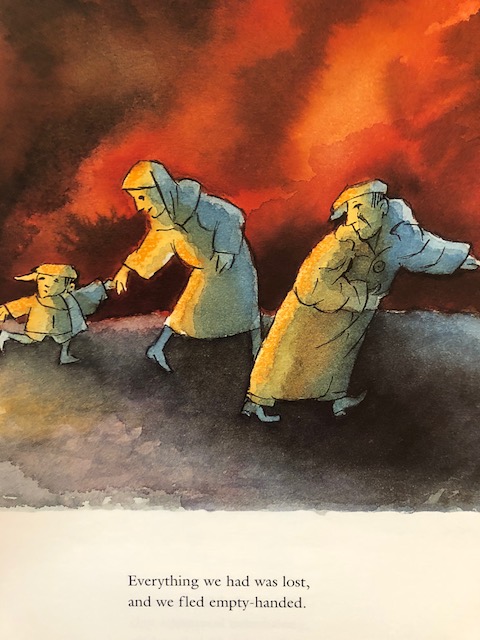 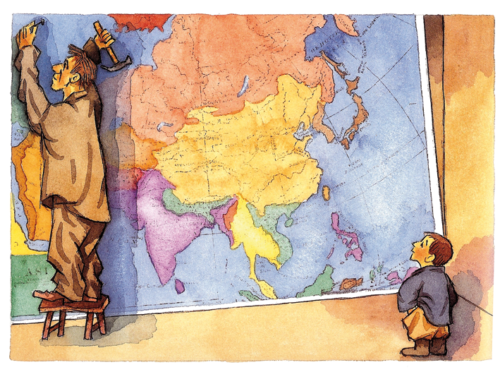 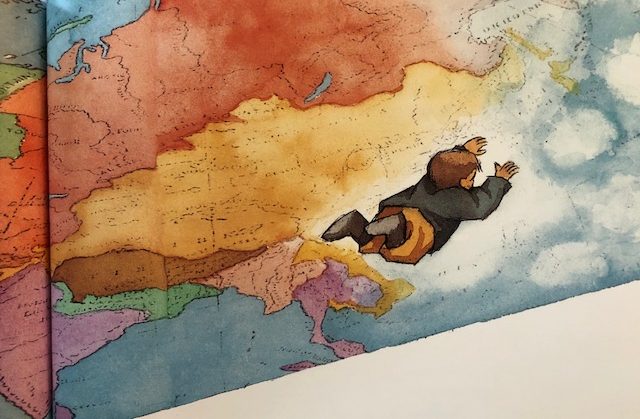 How I Learned Geography is the author’s autobiographical account of his story fleeing Poland in 1939 and then living in Turkestan. The author’s note at the end tells how the family moved to Paris and finally settled in Israel. This is a map that he drew as a ten-year-old. It was labeled in Russian which was the language he spoke at the time.

Uri Schulevitz eventually moved to the United States where he became an award winning author and illustrator. How I Learned Geography was a Caldecott Honor Book in 2009.

The book ends with these lines:

“And so I spent enchanted hours far, far from our hunger and misery. I forgave my father. He was right, after all.”

That’s the power of a map.

Well, I made it through the first week of the A to Z April Blog Challenge where bloggers write about a theme in alphabetical order. This is my fourth year participating and every year I wonder why I’m doing it.

One reason is that the challenge leads me to many wonderful and interesting blogs. I’m always excited to see people that I’ve followed in the past also joining the challenge. Stop by these blogs – you’re guaranteed to learn about

words in other languages:

Author Evelyne Holingue who shares chronicles, stories, and books by a French-American writer is featuring from A to Z, Twenty-six Funny, Weird, Vivid, French Expressions

Sara Zama is writing on her author’s blog, The Old Shelter about 1920’s Weimar Germany