Today for the letter H, I am sharing maps that are probably among the most recognizable and beloved of any map illustrations found in books.

Originally published in 1937 by George Allen & Unwin, The Hobbit is considered to be one of the most popular and important books of the 20th century and is among the most well known fantasy books ever written. It follows the journey of hobbit Bilbo Baggins who is happily living in his hobbit hole until the wizard Gandalf appears and Bilbo reluctantly ends up heading out on an epic quest. I am not going to recount the entire plot but, if you haven’t read it, please do. And, if you have any children in your life, read it to them. And, if you read it a long time ago, it’s time to read it again.

Bilbo Baggins was a cartophile, a person with a great interest in maps. He collected them and had a large map displayed in his front hall which featured his favorite rambles marked in red.

Did you know that Tolkien was an artist and was very involved in all aspects of the book’s design? He drew the cover and the maps which were used as endpapers. 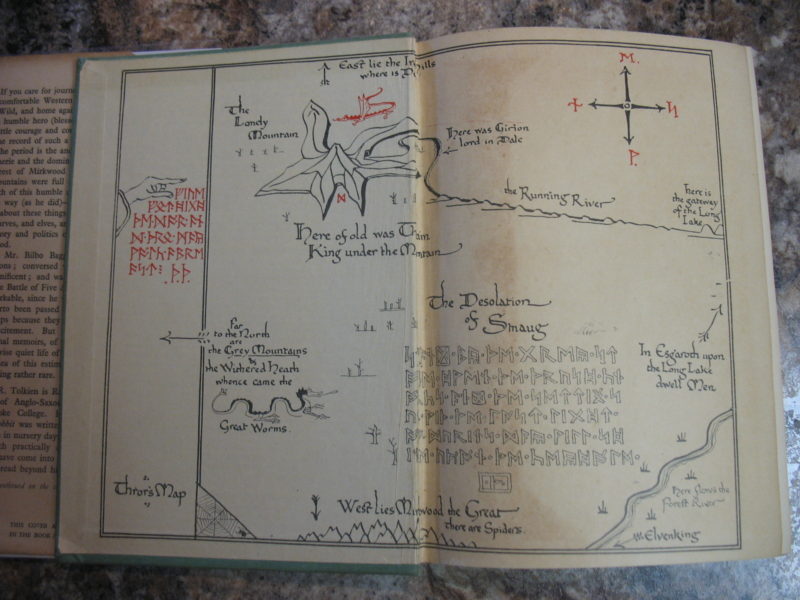 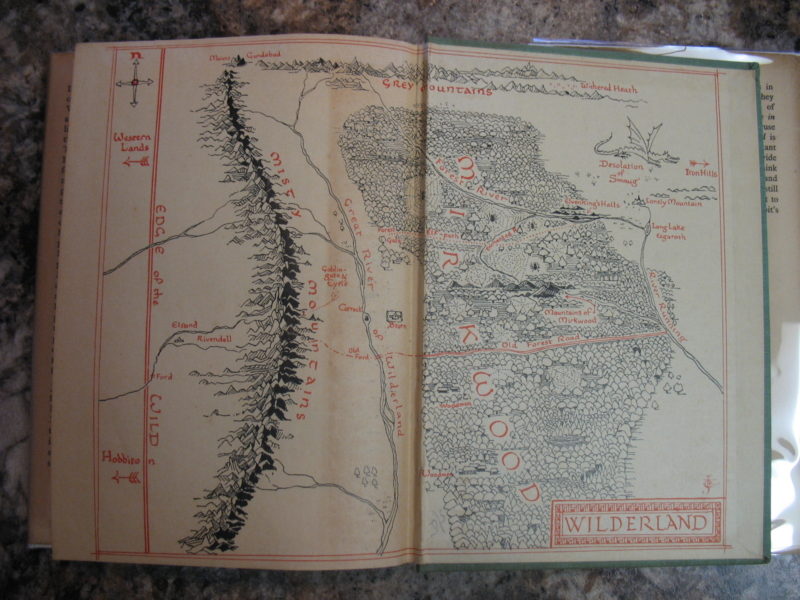 He also painted illustrations which the publisher included in the second edition. 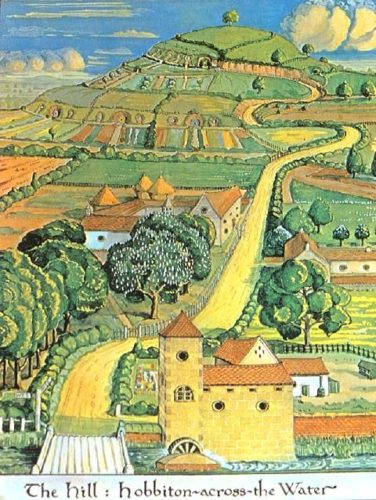 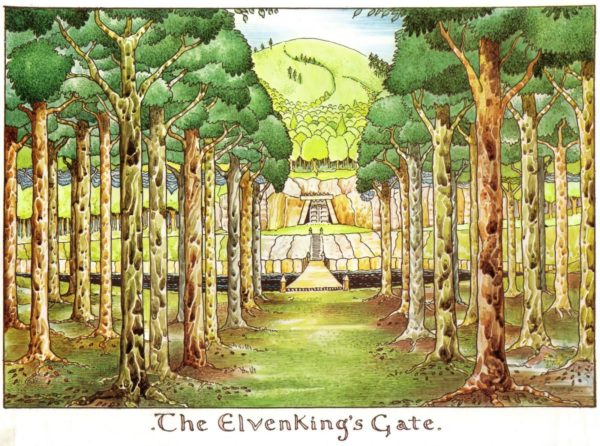 C.S. Lewis, who wrote The Chronicles of Narnia, was a close friend of Tolkien and wrote a short review of The Hobbit when it was published:

“The Hobbit… will be funnier to its youngest readers, and only years later, at a tenth or a twentieth reading, will they begin to realize what deft scholarship and profound reflection have gone to make everything in it so ripe, so friendly, and in its own way so true. Prediction is dangerous: but The Hobbit may well prove a classic.”

How old were you when you first read The Hobbit?