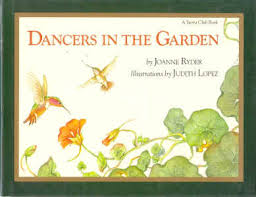 Hummingbirds take my breath away.

This is a true story. My father was one of those larger-than-life men. He grew up during the depression and joined the Navy at 17 to see the world and be able to attend college on the GI bill. He was a radar operator and found himself in Japan, China, and the Philippines. He didn’t speak about what he saw but it profoundly affected him. He returned and attended  the University of Southern California where he played football and met my mom. He loved to ski and surf. He played poker and enjoyed good day at the Santa Anita Racetrack. He always involved in some project. He flew airplanes and traveled and passed on his love of adventure to his five children.

And, he liked hummingbirds. Actually, he was obsessed with hummingbirds. This seemed a bit odd for such a big man to be enamored by such a delicate bird. He hung up dozens of feeders. My mother faithfully filled them day after day. My father would watch them as they battled over the feeders. Who knew how possessive hummingbirds could be? He got the biggest kick out of watching “his” Hummers try to protect feeders while others would sneak in for a sip.

My father’s big heart gave out and suddenly he was gone. It was as if all the air had been sucked out of our lives. We were in shock and numbly went through the motions of taking care of all the things that needed to be done. Hundreds of people attended his funeral. Everyone had a story or two to share. Lots of tears. Lots of laughter.

The day following the funeral, we gathered as a family at the cemetery.  We stood, grieving beside the flag draped coffin. But then, from a nearby juniper tree, a hummingbird darted down to one of the flower arrangements. Then another, and another. The hummingbirds darted and chased each other as the bagpipes played and prayers were said. It was as if my father was saying “It’s ok. I’m ok and you will be, too.”

I can’t see a hummingbird now without thinking of him and knowing that everything will be ok.

It is time to fill your feeders.  The recipe is easy:

If you want to see a lot of hummingbirds in action, it is worth a visit to the Hummingbird Festival at the Audubon California Kern River Preserve each July. I’ll post the date when I get more details.

If you want to read about hummingbirds, I suggest you look for Dancers in the Garden written by Joanne Ryder and illustrated by Judith Lopez. It is a lyrical and beautiful book about these most amazing birds.