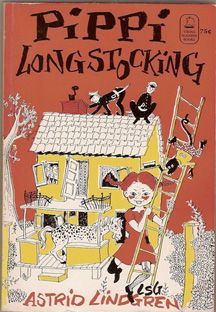 Who wouldn’t love a book that begins:

Way out at the end of a tiny little town was an old overgrown garden, and in the garden was an old house, and in the house lived Pippi Longstocking. She was nine years old, and she lived there all alone. She had no mother and father, and that of course was very nice because there was no one to tell her to go to bed just when she was having the most fun, and no one who could make her take cod liver oil when she much preferred caramel candy.

Pippi was sure her mother was watching her from heaven through a peephole in the sky and Pippi often would wave up to her and say “Don’t you worry about me. I’ll always come out on top.”

Her father was a sea captain who had been blown overboard in a storm. Pippi was sure that he had made it to an island where he had become king of the cannibals. Previously he had bought an old house named Villa Villekulla. Pippi took her monkey, Mr. Nilsson, and a trunk of gold went to live in the house while she waited for her father’s return. Fortunately for Tommy and Annika, the children next door, adventures were just waiting to happen.

When I first read the book, I wished that I could be Pippi, or at least live next door to her. I read this book to my children chapter by chapter and they too wished that Pippi lived in the neighborhood. We started watching the Swedish Pippi Longstocking films (translated, of course) and the kids based many of their adventures on Pippi.

Girls everywhere love to dress up as Pippi. And, why not? The girl has style! 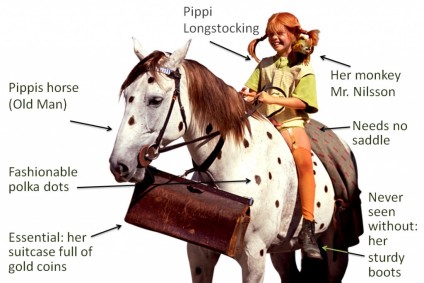 Astrid Lindgren wrote and gave the manuscript of Pippi Longstocking to her daughter Karin as a birthday gift on May 21, 1945. Pippi hasn’t aged a bit in the last 70 years. To celebrate Pippi’s birthday, I reread the first in the series. I found this new edition at Anthropologie: 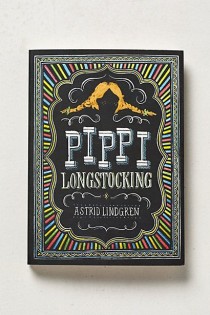 So, here’s to Pippi Longstocking who we know will always come out on top! 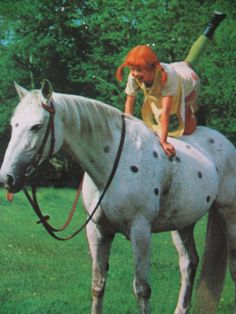 And for a bit of fun, here’s a Buzzfeed list of 19 Reasons Pippi Longstocking is the Ultimate Power Woman. (I love #11).