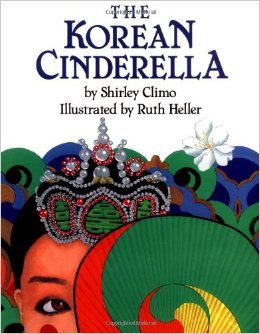 Today a Field Trip Life is off to old Korea before it was divided into North and South. We have stacks of books set in Korea and I asked my daughter which one I should write about. She chose The Korean Cinderella saying it was her favorite book when she was little. 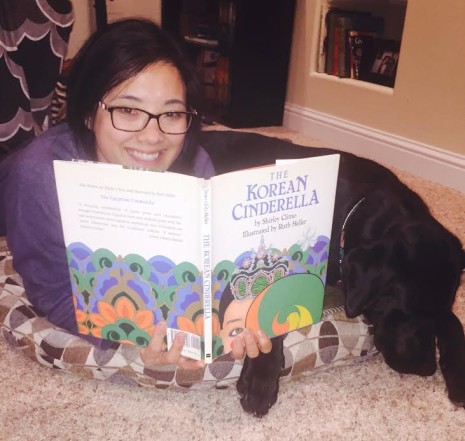 Christina Mee still likes it as you can see. I’m not so sure about Koda.

In this Cinderella variant, a daughter was born to an old gentleman and his wife. To celebrate they planted a pear tree in the courtyard to celebrate and they named their daughter Pear Blossom.

As these stories go, Pear Blossom grew more and more beautiful. Her mother died and the old man took a new wife who had a daughter named Peony. (sound familiar?) Of course this new mother and sister were incredibly cruel to Pear Blossom. She was forced to cook and clean and was dressed in rags. The step mother and sister addressed her as Little Pig. Pear Blossom was given impossible tasks to perform but was able to accomplish them with the help of a frog, sparrows and an ox who were tokgabis or magical creatures. As in all good Cinderella tales, she meets a nobleman who recognizes her beauty inside and out, and she is able to live in happiness. 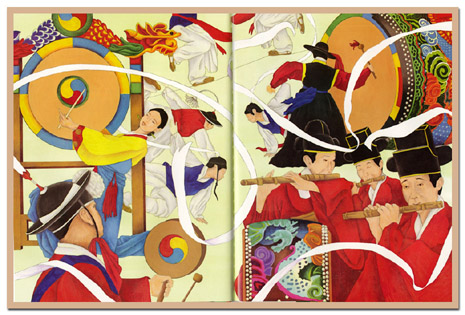 The Korean Cinderella is based on a number of different Korean versions of the tale. As in all versions, don’t you wonder why the father is so oblivious to the cruelty of the step mother?

The beautiful illustrations show the symbols,homes, temples, and clothes of long ago Korea.

We have a collection of these Korean Norigae  pendants which are traditionally worn by women as accessories on their hanboks.  We place ours on the Christmas tree each year.