Hello there! I’m so glad you stopped by. I haven’t been posting much lately because I have been traveling about and reading lots and lots of books. 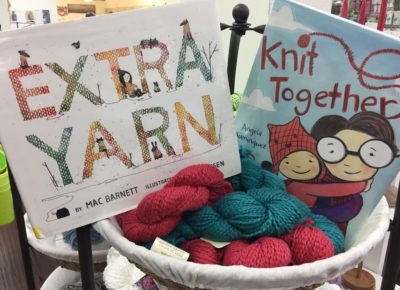 I am sitting in my nice cozy chair listening to the rain and watching the Kings River flow past our home. Today would be a good day to knit – if I knew how.  Instead, I’ve been reading some very sweet picture books about knitting that I found at the library. 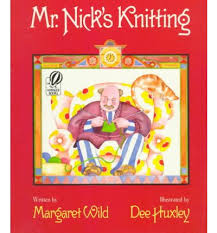 Do you sometimes wonder how your children choose their favorite books? Mr. Nick’s Knitting was my daughter Roxanne’s favorite book. We read it over and over and over. It tells the story of the friendship between Mr. Nick and Mrs. Jolley who rode the seven o’clock train together each day into the city. They pass the time knitting toys (Mrs. Jolley) and sweaters (Mr. Nick) while they chat and observe the scenery passing by. One week, Mrs. Jolley doesn’t show up for the train ride and lonely Mr. Nick loses interest in knitting. When he learns that she is very ill and all alone in the hospital, he knits day and night to make her a very special gift. 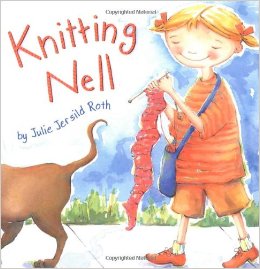 Nell is a quiet observant girl who stopped talking after a bigger boy made fun of her voice. Instead she knits. In fact, she knits wherever she goes. She knits blankets for babies, socks and hats for the children’s home, scarves for her family, and eventually a beautiful sweater. She enters her sweater in the county fair and wins. Her school friends are amazed and ask her teach them to knit. She does and finally finds her voice. 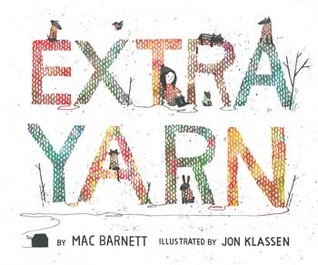 When Annabelle discovers a box filled with colorful yarn, she uses it to knit a sweater for herself and then one for her dog. But, the box is still full of yarn. So, she knits sweaters for the people in her town. There’s still more yarn so she knits for the town’ animals and then for things that don’t normally wear sweaters. 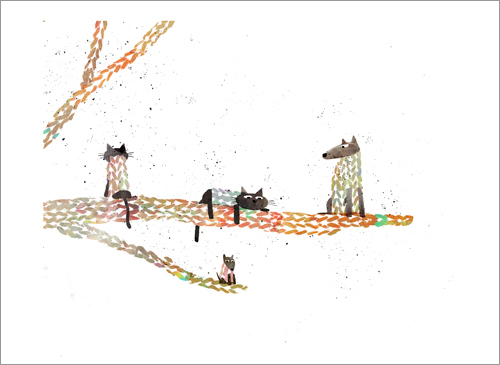 A greedy archduke hears about this box of never ending yarn and tries to buy it. No deal. So, he steals it but when he opens the lid, he finds that the box is empty. Thrown into the sea, the box makes its way back to Annabelle who finds it filled with extra yarn. The illustrations are lovely starting with sparse color and harsh winter scenery which softens and brightens as Annabelle knits the town. 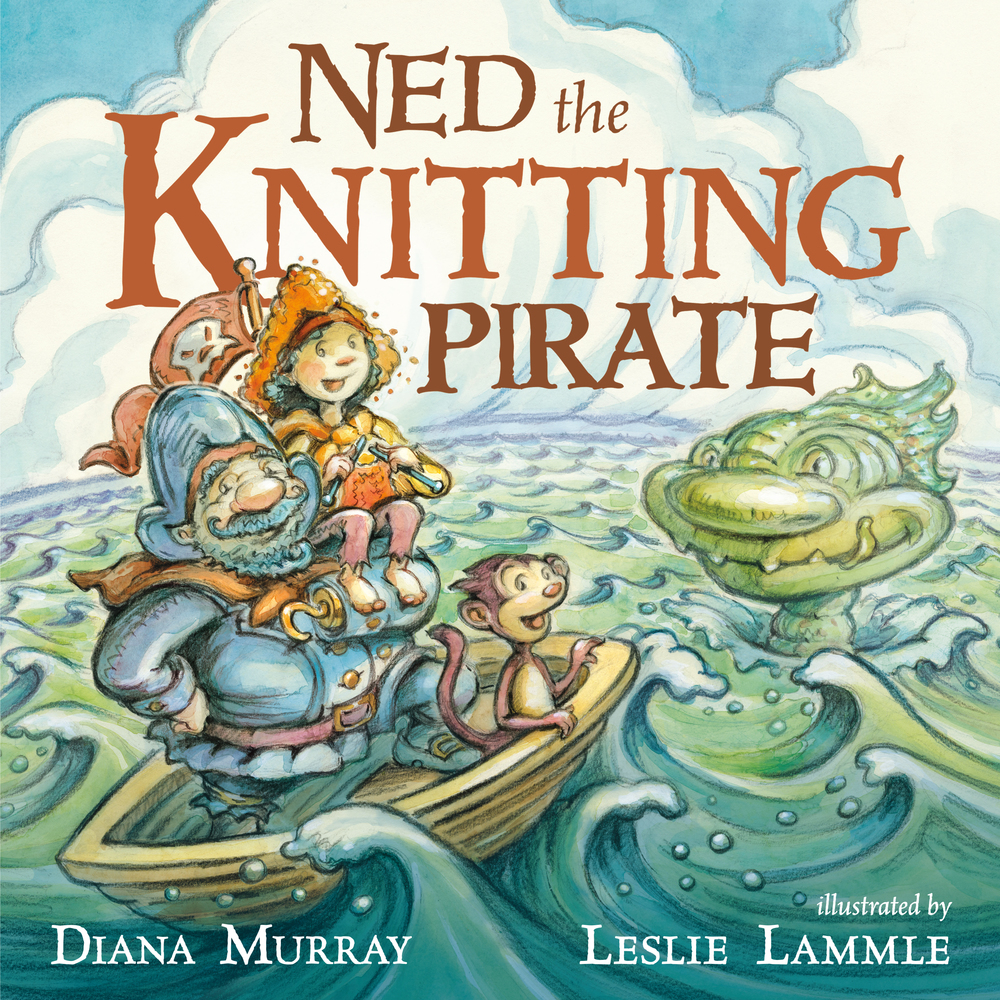 This rhyming picture book is just plain fun. A band of pirates are heading out to sea to hunt for treasure and do other pirate-y things. All except Ned who likes to knit. Ned is threatened when:

The captain stomped his wooden leg. “I won’t be hearin’ that!
A scurvy pirate doesn’t knit, nor wear a fuzzy hat.”

However, when the pirates are attacked by a briny ocean beast, Ned’s knitting skills saves the boat and crew. 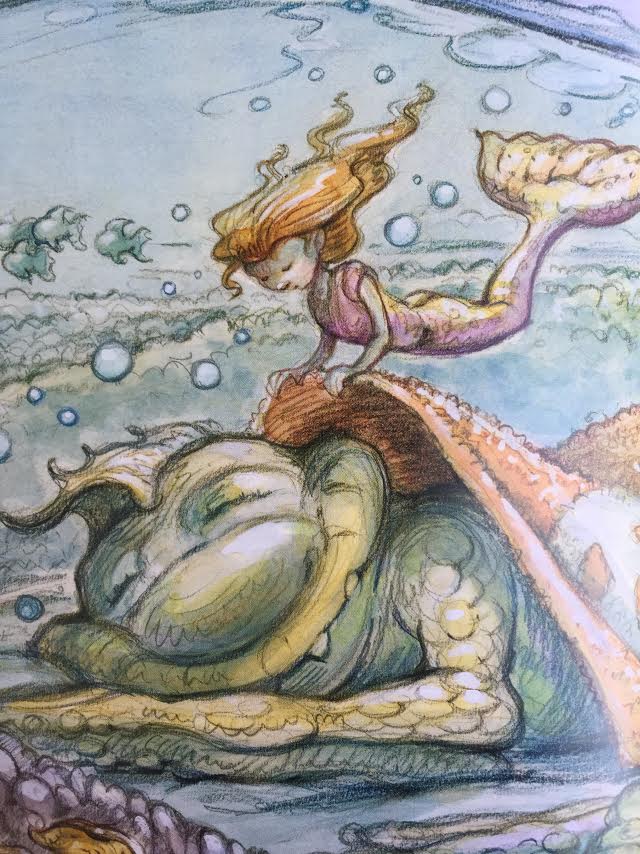 Lots of pirate language and humorous illustrations make this a good read aloud. 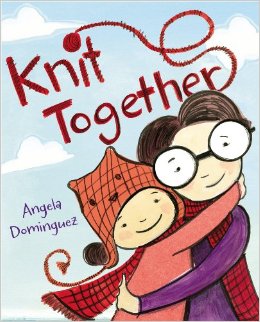 Knit Together by Angela Dominguez (author and illustrator) Dial Books 2015

What’s not to love about this book? It’s about a little girl who loves to draw and her mother who knits. When the girl tries to learn how to knit, she soon realizes how difficult and frustrating it can be.

The mom explains that she is inspired by her daughter. Together they come up with a plan using Mom’s knitting skills and the daughter’s drawing ability to create something beautiful that they can share together. The simple but powerful text and combined with the darling illustrations makes a wonderful book about perseverance, problem solving, and love. 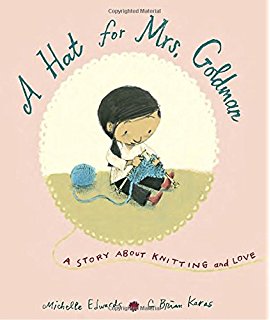 A Hat for Mrs. Goldman A Story about Knitting and Love by Michelle Edwards (author) and   G. Brian Karas (illustrator)  Schwartz & Wade Books 2016

Sophia’s neighbor, Mrs. Goldman, cares for her neighbors by knitting them all hats. Sophia helps by making pom poms for the top of the hats. On a cold wintry walk, Sophia notices that Mrs. Goldman’s doesn’t have a hat of her own so she decides to make her one. Sophia hardly knows how to knit but that doesn’t stop her and she finds a great solution to cover up the holes in the hat. The illustrations are soft and tender, perfectly capturing the warm relationship between Mrs. Goldman and Sophia.  Subtlety woven into the story are cultural details about Mrs. Goldman’s Jewish heritage and Sophia’s Mexican roots. There are instructions included for knitting a hat and making pom poms.

Isn’t it interesting that knitting stories are filled with love?  Knitting can also become a symbol of solidarity. If you look closely at the illustrations in A Hat for Mrs. Goldman, you will see Sophia wearing a kitty hat knitted by Mrs. Goldman. 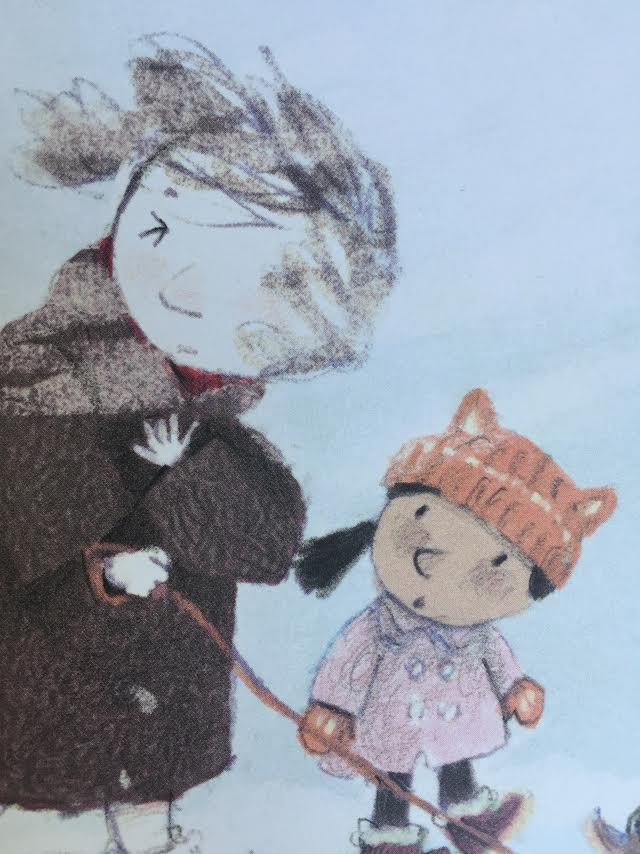 Doesn’t it look similar to the pussy hats being worn in the Women’s March. Click here to get the pattern and learn more about the hats.

I also appreciate that there are books that show men and boys knitting. Take a peek at this amazing knitter and his global project.

I admire the wonderful people who knit warm clothing for those in need. Through the Blogging A to Z Challenge I was introduced to Sandy who blogs at Bridge and Beyond. Check out Sandy’s alphabet describing the ways that homeless men and women have been helped by this project.

Do you knit? Or, like me, just want to learn. I stopped by Swatches, our local yarn store. I’m signing up for one of their classes so that I can knit my own pink  hat.