I admit it. I am an Olympic junkie. As a child, our family gathered around the television every four years and binge watched the Olympics. I rarely watch television these days but always make an exception for the Olympics. Now that the 2016 games in Rio are over, I’ve decided to revisit and share some of the Olympic things I’ve been reading and thinking about to soften the effects of Olympic Withdrawal.

Since I wasn’t able to travel to Rio, I did the next best thing and read about it. 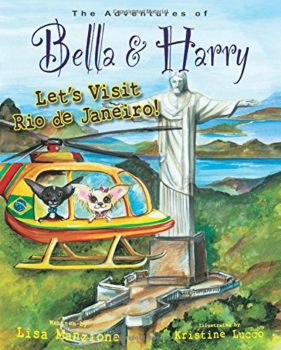 The Adventures of Bella & Harry – Let’s Visit Rio de Janeiro by Lisa Manzione (author) and Kristine Lucco (illustrator) is a picture book featuring delightful canines, Bella and Harry, who accompany their family to Rio. The dogs enjoy Copacabana Beach, try different foods and drinks, visit the important sites, and learn a number of Portuguese phrases in the process. This is one in a series of books featuring Bella and Harry and it is a good introduction for young children.

For some other great Olympic books for kids check out this post from one of my favorite blogs, Kid Lit Frenzy.

Do you remember when both the summer and Winter Olympics were held in the same year? My kids didn’t believe me but it’s true! According to this Los Angeles Times article, the decision was made in 1986 to separate the winter and summer games after the 1992 Olympics. 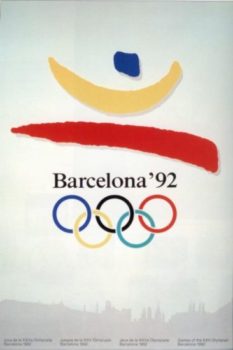 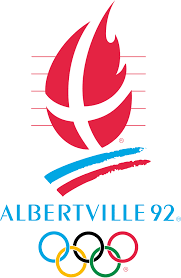 American television certainly focuses on athletes from the U.S. I wish there was more coverage about the athletes from other countries. To me, this is what makes the Olympics so powerful. Each athlete has an amazing story of how they became Olympians. I am going to continue to search these stories out. I especially hope that we can continue to learn more about the Refugee Olympic Team and what happens to them after they leave Rio. 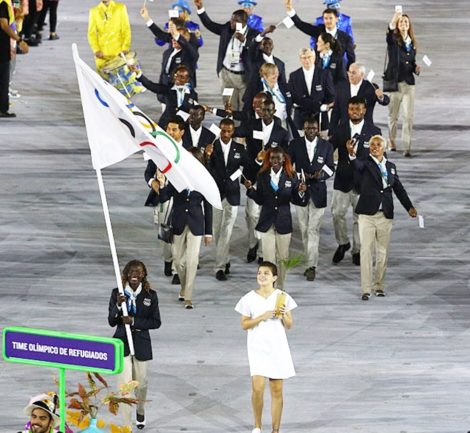 It is also heartwarming to see the relationships that develop between athletes from different countries. 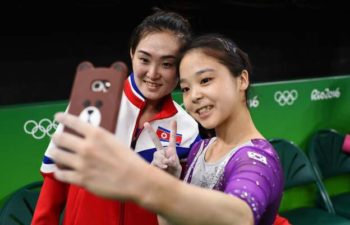 This photo of the North Korean and South Korean gymnasts taking a selfie shows why the Olympics are so important.

I normally don’t watch track and field but this year I was swept up by the remarkable sportsmanship and ability of Team USA.

Watching the US Olympic women’s gymnastics team was the most thrilling athletic competition I have ever seen. I just wish that it had not been televised so late. I woke up on the couch many nights and then needed to try to watch it the next day to see what I had missed. 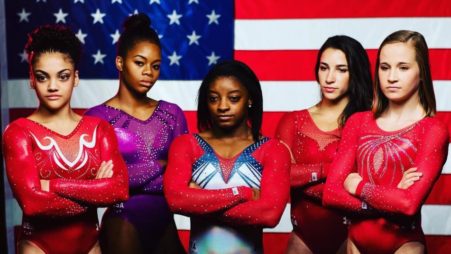 Have you seen this great MTV video comparing today’s Olympic gymnasts from those that competed in the 50’s and 60’s?

Many sports were televised during the day so I actually spent a morning watching Synchronized Swimming. I am now fascinate by this sport. Those ladies moved underwater in unison and never stopped smiling. Their uniforms, hair, and makeup were amazing! 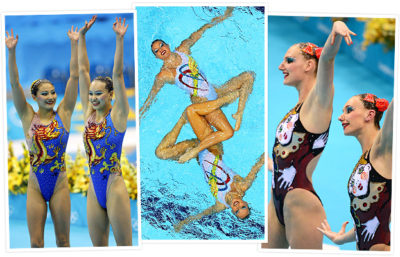 Why do the Women’s Beach Volleyball competitors wear bikinis and not the same uniforms as indoor volleyball players?

Why are women’s basketball uniforms so baggy?

What about the parents? It was as almost much fun to watch them as it was to watch the athletes perform. 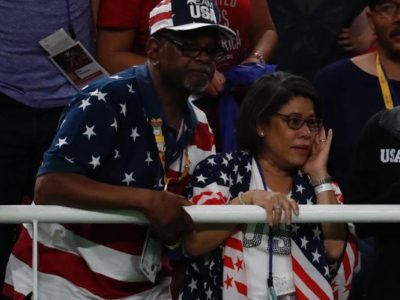 There is nothing easy about being the parent of an athlete and these Olympic parents deserve their own gold medals.

While watching the Olympics, my youngest daughter commented on her decision to quit gymnastics. Two of my daughters worked out four days a week, 4 hours a day. The drive was 45 minutes each way. We traveled all over the state for meets. When we realized that they would need to increase their hours and would probably need to begin homeschooling, they made the difficult decision to stop. Gymnastics seems to be a sport where it is all or nothing. The girls went on to play volleyball and soccer. In addition, Roxanne became an equestrian vaulter (gymnastics on horseback). I believe that gymnastics helped them to develop self discipline which has benefited them in all aspects of their lives.

Here is an interesting blog post from Design Mom which explores  the benefits of focusing and being really good at one thing as opposed to being okay at a number of things.