Today for the letter O on the A to Z Blog Challenge,  we’re traveling over the rainbow and down the yellow brick road using maps of the Land of Oz. 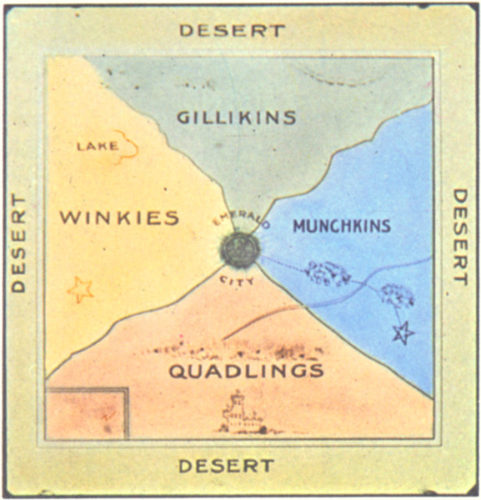 This map was created for Frank L. Baum’s 1908 play and lecture series, The Fairylogue and Radio Plays that were intended to promote the first three Oz books. He showed it on a screen as he read:

Oddly, the maps switch the positions of Munchkin and Winkie Counties from the original map. 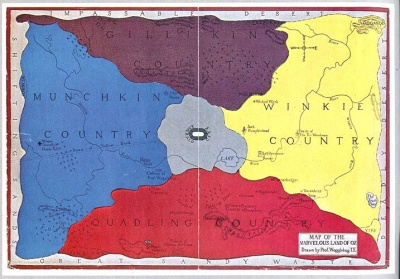 The map on the back endpapers  shows Oz surrounded by Baum’s other fantasy lands. 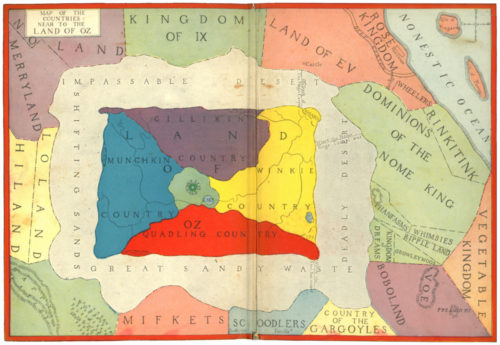 This is the black and white map printed on page 75 of the first edition of The Lost Princess of Oz (1917) – the eleventh in the series. 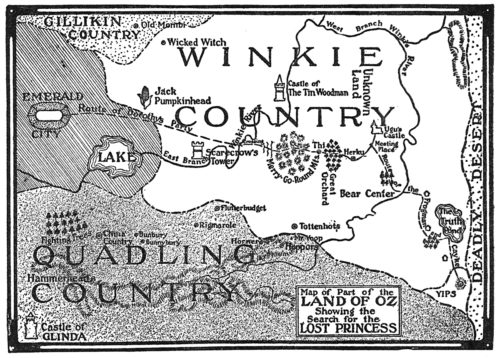 The Wizard of Oz Game was manufactured by Parker Brothers in 1921. The playing pieces were pewter cast characters of Dorothy, Toto, the Cowardly Lion, the Scarecrow, and the Tin Woodman. To move, each player would roll a die containing the letters W,I, Z, A, R, D. 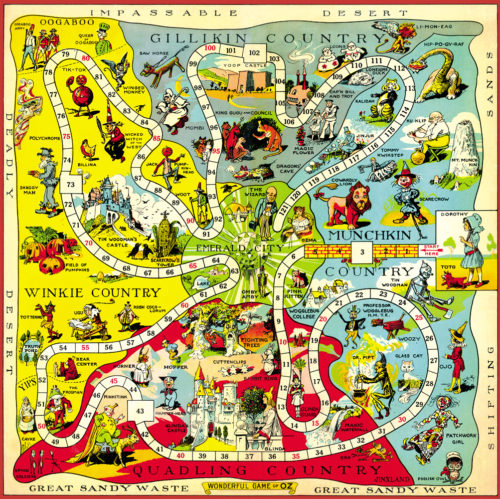 This updated map showing Oz in much more detail was created by in the 1960s by cartographer James E. Haff and artist Dick Martin for the International Wizard of Oz Club. 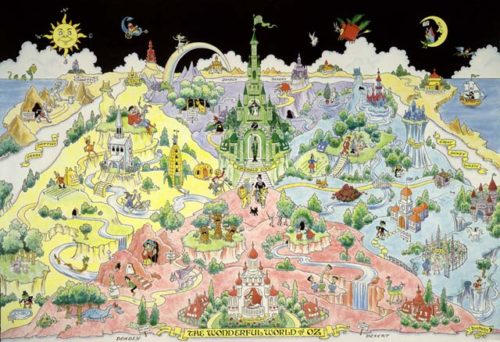 Visit Hungry Tiger Talk to read and learn more about the Land of Oz. (my illustration source)

Watch a short video about the Wonderful Maps of Oz

For hours of Oz entertainment visit  the International Oz Club.

« Onward and Upward to Narnia and the North
P is for Passport, Paper Towns, and a Parade »

Teachers- do you know about World Read Aloud Day?

Mr. Ernie loves to put his nose in a good book. He

What are you reading today?

Posted @withregram • @robinhaart Of all the incr