We are nearing the end of the A to Z April Blog Challenge where my theme is Read Your World with Kid’s Books. Today’s letter is X which was the one I was most worried about. There are not many places that begin with the letter X and those that do don’t seem to have books set there. While going through an atlas, I found that China has quite a few cities that begin X. Then, I learned that the Terra Cotta Soldiers were found near Xian. And I found an amazing novel set around this part of China. 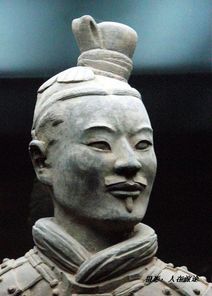 This historical adventure novel takes place in Communist China in 1974. Ming is a 13 year old student who has been exiled to the countryside during the Cultural Revolution with his father who is an ostracized intellectual. Ming’s father, Ba Ba, runs the local archaeological office and believes that ancient treasures are buried in the hills nearby. Because there have been no great discoveries, the government is ready to ship him off to a labor camp. When Ming’s father leaves to meet with officials, three farmers show up at their door with a broken statue. Ming convinces them to leave it and is soon dealing with a Terra-Cotta soldier that amazingly comes to life. Ming puts the soldier, named Shi, back together. Shi tells Ming about life in China under Emperor Qin who had the Great Wall built to protect China from the Mongol army. When the town’s political leader learns about the discovery of the Terra-Cotta soldiers, he attempts to sell the artifacts on the black market and blame Ming and his father. Shi and Ming forge an unlikely friendship and work together to protect the tomb with the aid of  the Terra Cotta soldiers as Ming fights to preserve China’s cultural legacy. 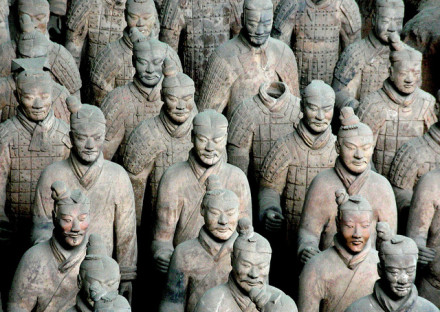 The authors of this action packed adventure are a mother son team. Ying Chang Compestine grew up in China at the end of the Cultural Revolution. There are many similarities between the reign of Emperor and Mao who both stifled intellectual freedom and ruled with complete autonomy. A great deal of Chinese history is explained in a quick and fast-paced manner. The book includes many photographs of the Great Wall, the Terra-Cotta soldiers, and the countryside around Xian. This is a fascinating novel which makes two different eras in the history of China come to life. The book has a glossary, recipes, and author’s note explaining the historical background for the book.