As people surge to the polls this week, let’s not forget women’s hard-won fight for the right to vote. Today I am sharing a picture book that shines a light on three relatively unknown suffragists whose story needs to be better known. 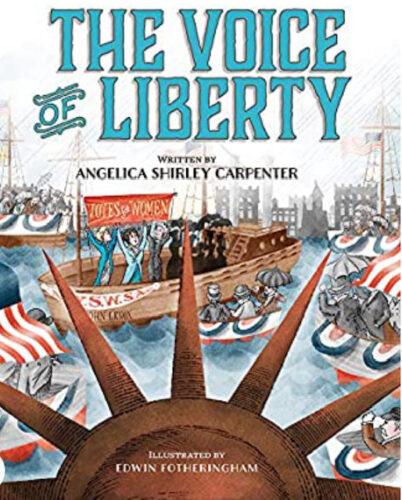 The story begins-
“Katie! Matilda!” Lillie said as she rattled her newspaper. “Look at this! It’s
outrageous.”
The page she held across the breakfast table was full of stories about the Statue of Liberty.
“A gift to our country from France,” her daughter Katie said, skimming the text.
“Marching bands. A grand naval parade.
President Cleveland to speak at the dedication.”

Matilda Joslyn Gage, Lillie Devereux Blake, and Katherine “Katie” Devereux Blake were outraged that Liberty was portrayed as a woman when females had few freedoms. These brave activists believed that women should have the right to vote and to participate in government. Unfortunately, women weren’t even permitted to attend the dedication of the statue.
Gage and the mother-daughter Devereux Blake duo were determined to attend the ceremony but first, they needed to find a boat.

This lively and entertaining book reveals the incredible true story of how these women rallied others in the New York State Woman Suffrage Association to raise money and rent a boat so that they could be present to protests at the dedication. Unfortunately, the only boat available happened to be a cattle barge which the owner promised to scour. The women arrived in the rain to find an incredibly smelly vessel. Two hundred of them held their noses, boarded the John Lennox, and sailed down the Hudson River. Their cries of “Votes for Women” were met by chants of “Home-wreckers.”

They did not win the right to vote that day but they did make the newspapers and made “another step forward.”

Why you need to add THE VOICE OF LIBERTY to your bookshelves:

Visit author Angelica Shirley Carpenter’s website for more information and downloadable crafts to pair with THE VOICE OF LIBERTY. 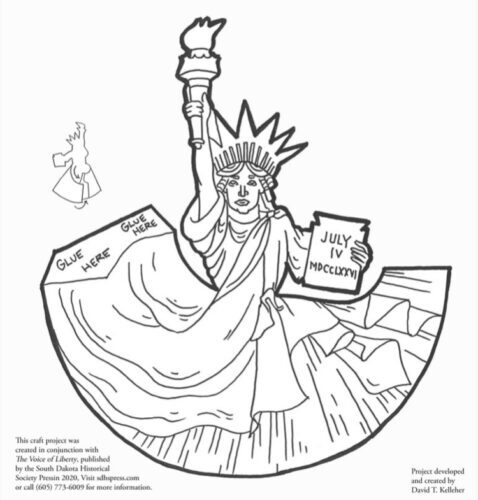 « That Monster on the Block – the beginning of a beautiful friendship
RAJA’S PET CAMEL: The Magic of Hope »