I is for Iraq 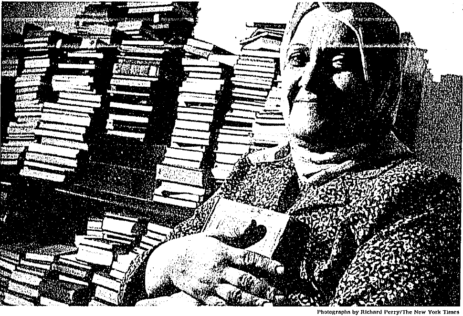 One of the saddest things imaginable to bibliophiles, is the destruction of a library. Librarians fearlessly defend the right of their patrons to have access to information and they care for the collections entrusted to them so that they will be available for future generations.

Alia Muhammad Baker was the chief librarian of Basra’s Central Library in Iraq. She welcomed people into the library and made it a place where ideas and research could be discussed and shared each afternoon. The library’s collection was vast and valuable and included books in English, Arabic, and Spanish. There were manuscripts that were hundreds of years old and a biography of the Prophet Muhammad written around 1300.

When the war in Iraq began in 2003, government troops moved into the library and set up offices. Alia asked the governor to move the books to safety but he refused. Alia decided to take action and she began filling her car with books after work each day and drove them to her home which quickly became filled with books. When the British invaded the city, she found that the government troops had left and no one was guarding the library. She talked to the restaurant owner next door who agreed to help her get as many books as possible out of the library. Armfuls of books were lifted over the seven foot wall and stacked in the rooms of the restaurant.Friends and employees joined them and they worked through the night. They were able to get seventy percent of the books to safety. Soon after, the library was burned to the ground.

Alia Muhammad Baker suffered a stroke and had heart surgery. The library still has not been rebuilt but she isn’t giving up hope that the library will once again hold the books she is storing and become a center for learning.

The Librarian of Basra: A True Story from Iraq (Harcourt: 2005) tells the story of this brave and determined librarian. The author, Jeanette Winter, shows how one person can make a difference. The book also shows how important books, libraries, literacy, and the exchange of ideas are to a community. Winter’s folk art illustrations perfectly match the text and give a glimpse into the life and culture of Iraq. This is a book that will inspire elementary aged students. 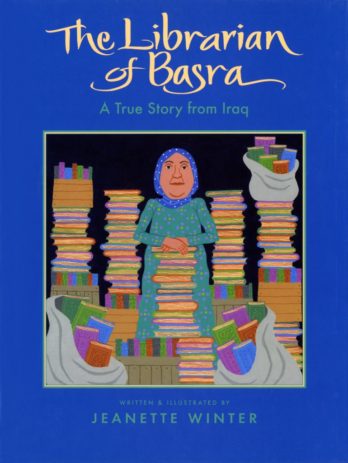 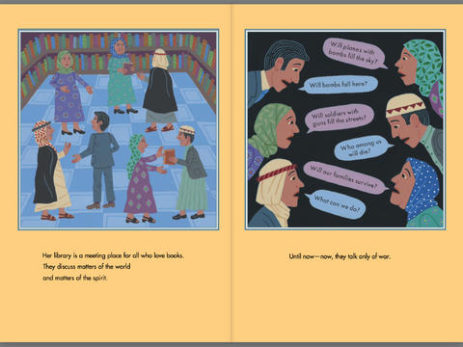 For fans of graphic novels, you can read about this heroine in Alia’s Mission: Saving the Books of Iraq by Marks Alan Stamaty (Dragonfly Books, 2010). The story of Alia’s bravery is dramatically told and focuses on the importance of books and the impact that war has on a country and its citizens. 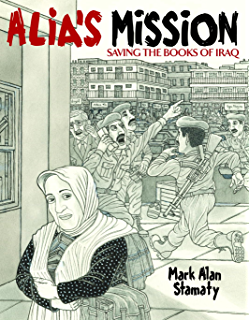 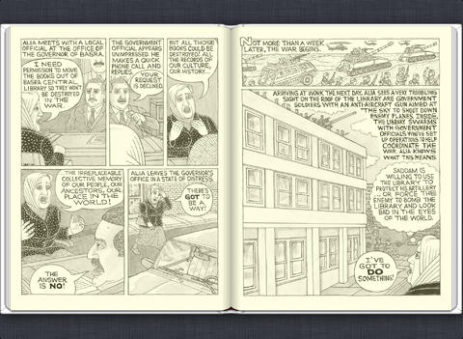 This post is part of the A  to Z Blog Challenge. Thanks for joining me as I share Library Love through the alphabet.