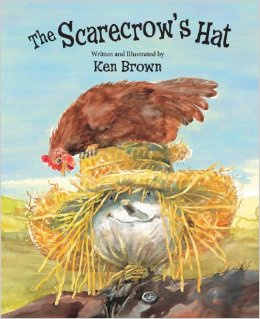 The Scarecrow’s Hat by Ken Brown
When Chicken admires scarecrow’s hat, Scarecrow admits that e would rather have a walking stick because his arms are tired. Chicken doesn’t have a walking stick but she knows who does. Chicken sets off on a journey, cleverly finding objects to trade until everyone ends up with just what they wanted. Great illustrations. This is a class favorite. 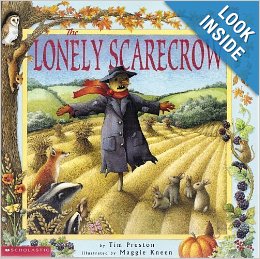 The Lonely Scarecrow by Tim Preston illustrated by Maggie Kneen
Scarecrow is sad and lonely because none of the field animals want to have anything to do with him. His beady eyes and tattered clothes scare them. But, after a storm, the scarecrow is covered with snow and the animals mistake him for a snowman and begin to play with him. When the snow melts and Scarecrow’s real identity is revealed, the animals are no longer afraid and have learned what a kind friend scarecrow is. 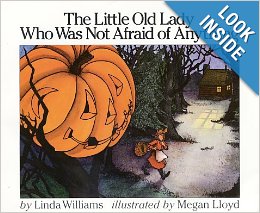 There was once a little old woman who was not afraid of anything. One day she stayed in the woods too long collecting herbs. As it grew dark, she hurried home only to discover that objects such as stomping boots, clapping gloves, and wiggling pants, were following her. I have shared this with children for years – in fact, I need to get a new copy since mine is falling apart. They love to chant along with the sounds the objects make. 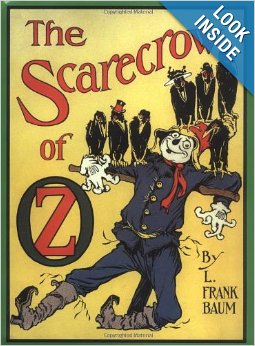 The Scarecrow of Oz by L. Frank Baum

I must admit, I haven’t read this book yet but it is next on my list. Have you read it? Let me know what you think in the comment section.