Doesn’t it seem as though there may be entire worlds that exist underground? In today’s a-z challenge I thought I’d look down, underground. 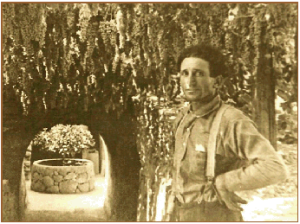 In Fresno, you actually can visit an underground world, the Forestiere Underground Gardens. Baldassare Forestiere was an Italian immigrant to Central California. Between 1906 and 1946, Forestiere created and built a large maze of underground rooms based on the ancient catacombs. Forestiere had big plans. He carved out over ten acres of worthless farmland which he hoped someday would be a Mediterranean resort. By hand he chipped away at the hard soil with picks, shovels, a wheelbarrow, and a scraper pulled by his two mules.He carved out tunnels, rooms, patios, and grottos. He lived in this underground world, sheltered from the intense Fresno summer heat. 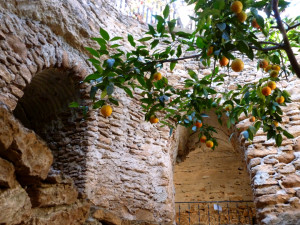 The gardens interested me the most. Forestiere built skylights and figured out how to bring in water. If you visit in the summer you can see a variety of grapes growing on vines and citrus trees. There is even one tree which was grafted to grow seven varieties of citrus.
The Forestiere Gardens are a California State Historical Monument and are definitely worth a visit is you are traveling in Fresno. 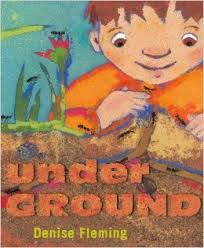 What child doesn’t love to dig in the dirt? I think most children have attempted to dig to the other side of the world. In underGround, Denise Fleming shares the amazing world that lies below the earth’s surface. With a simple rhyming text and brilliant illustrations, Denise Fleming brings to life the world that lies under our feet. We see rabbits, moles, and worms and their tunnels and burrow. Roots, and bulbs, and things that have been left behind are revealed. This is a book that invites the reader to spend time exploring the rich world that exists underground. 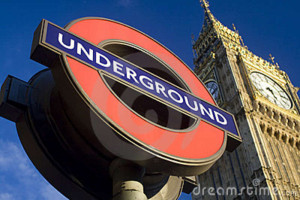 One more underground place that I must mention is the London Underground which is the best way to get around the city. I love going down in one neighborhood and walking up into a completely different place. Who wouldn’t want to get out and see King’s Cross, Earl’s Court, or Paddington Station?

I love this idea of reading books set across the d

So excited to share the news that my crew mate Ann