Librarians are not shy and meek characters. They are on the forefront of protecting our rights. They fight against censorship and work to make sure that everybody has access to the books and materials they need. Librarians face challenges here but they are nothing like those faced in some other parts of the world. One librarian you should be aware of is Abdel Kader Haidara, otherwise also known as the Vigilante Librarian. 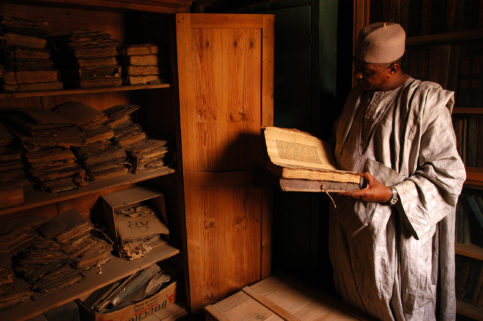 Haidara spent years searching for lost manuscripts in his native Mali. He developed a vast collection of priceless historical manuscripts, some of which dated back to the 11th century, which he restored and digitized for future generations. He became the custodian for this ancient civilization. In 2012, a serious crisis occurred in Mali. Tuareg rebels and al-Qaeda began to seize territory. They began destroying anything that did not fit in with their interpretation of the Quaran. Haidara knew that he needed to get this amazing collection past the jihadists, out of Timbuktu, and to safety. But, how was he going to accomplish this? 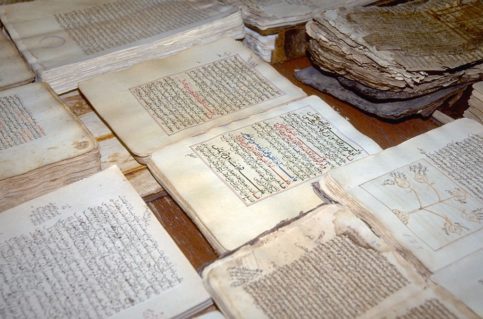 Haidara called together librarians from throughout Mali. They devised a scheme of quietly taking books from libraries across Timbuktu and storing them in homes. They then bought up all the trunks and barrels they could find to hold the collection. The process took over nine months with many close calls but the books and manuscripts were eventually smuggled to safety by mule drawn carts, boats, and other assorted vehicles. 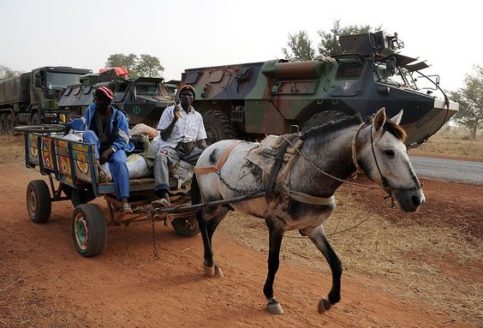 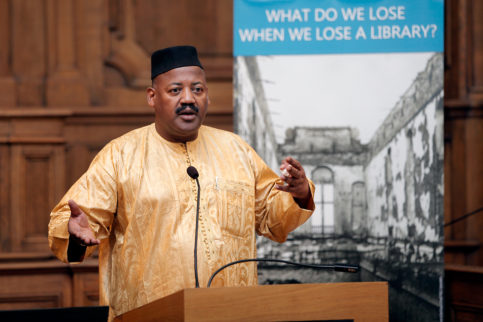 Abdel Kader Haidara was awarded the 2014 Africa Prize and he continues to work to protect and restore the collection. You can read more about him in this edition of National Geographic or in the true adventure based on Dr. Haidara, The Bad-Ass Librarians of Timbuktu and Their Race to Save the World’s Most Precious Manuscripts by Joshua Hammer. 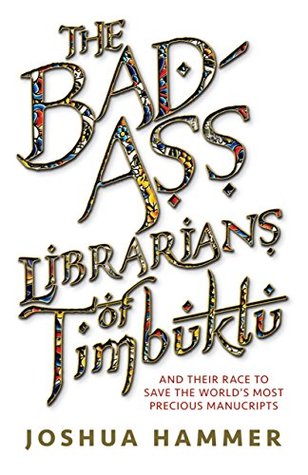 Thanks for joining me on the A to Z Blog Challenge.

« U is for Unique, Unusual, and Unconventional
Who, What, and Where in the World of Libraries »