Welcome to Day 5 of the #AtoZchallenge where I am exploring the library world in alphabetical order.

E is for Egypt 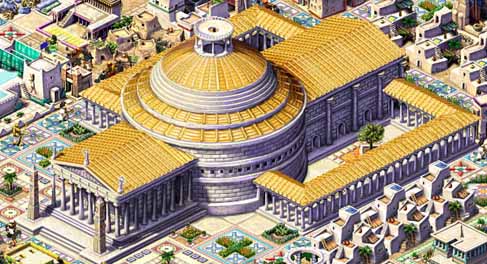 One of the mysteries of the ancient world centers around the Royal Library in the port city of Alexandria, Egypt.

It is believed that scholar Demetrious of Phalerum, convinced Ptolemy I Soter (a Macedonian general who was the successor to Alexander the Great) to establish a library which would contain a copy of every book in existence. The library was a part of a center of learning which included a museum with shrines to the nine muses, laboratories, observatories, botanical gardens, and a zoo. This would establish Alexandria as a center of learning to rival Athens. 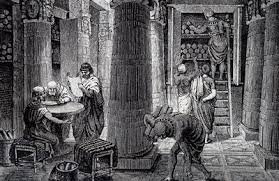 Over 100 scholars lived and worked within the learning center. One of their responsibilities was to copy and translate Greek, Egyptian, Assyrian, and Persian papyrus scrolls and books as well as Buddhist texts and Hebrew scriptures. When ships arrived in Alexandria, the crews were required to surrender manuscripts to authorities. The texts were copied with the originals being placed in the library and the copies given to the original owners. The library housed the works of Aristotle, Plato, Sophocles, Euripides and much more.

The destruction of the library is considered to be “the greatest catastrophe in the ancient world” as the most complete collection of ancient literature was lost. Historians disagree on how the library was destroyed but have several theories. 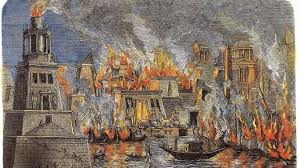 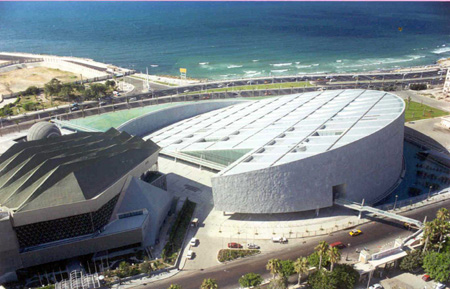 In 2002, Egypt opened the new Bibliotheca Alexandrina with the same goals as the original library of creating a place for advancing knowledge and creating a place for research and international exchange of ideas. Countries from around the world contributed money for the building. Fortunately, it is fireproof.

For comic book fans, you might be interested in Uncle Scrooge Adventures #27 – Guardians of the Lost Library which follows Scrooge McDuck, Huey, Dewey, and Louie as they search for the lost Library of Alexandria. 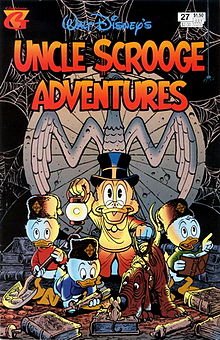 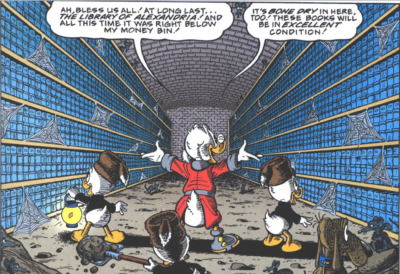 Written in 1994 by Don Rosa as a way to encourage kids to become interested in books, it is considered by Comic Buyer’s Guide as one of the best comic book stories of all time.  I’d love to find a copy.

« Dis for Dewey #atozchallenge
F is for Found (and Friends) #AtoZchallenge »