If you are like me you are finding yourself in a zoom meeting or two. Our family has started weekly meetings during this time of sheltering at home and someone came up with the great idea of building forts. We planned, constructed, and decorated our forts which had to be large enough to hold two people. The forts were fantastic – especially the ones done by the engineers in the family. So, when I learned about the book I am sharing today, I knew it would be a new family favorite. 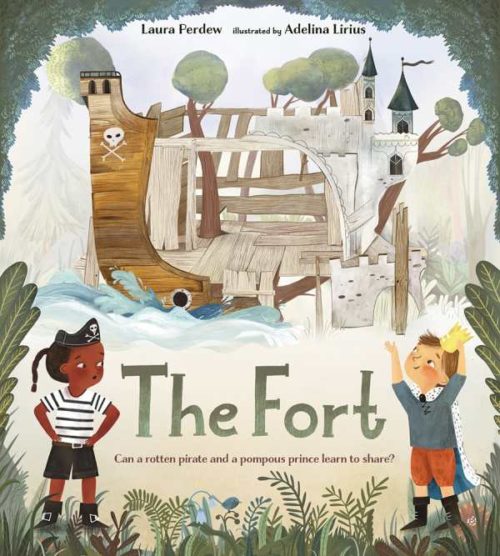 Setting: a fort in the woods

As the prince strutted toward his castle,

he daydreamed about the royal feast he was planning.

He imagined music and food and fun with friends.

But when he crossed over the moat to begin

decorating, the prince discovered that the castle 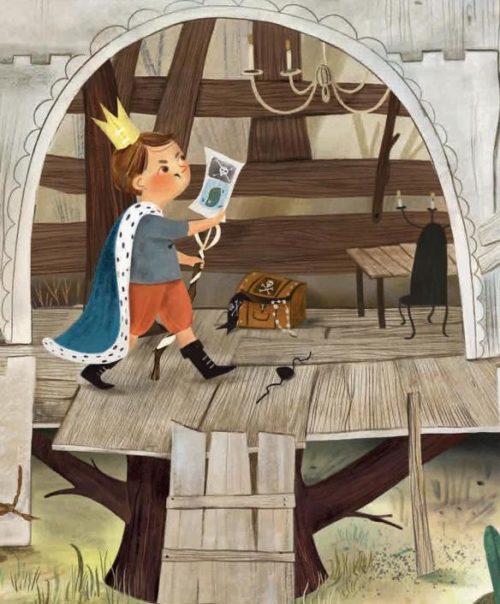 He discovered a map and an eye-patch that did not belong there at all. A pirate had invaded his castle!

The next day, a pirate went to her ship imagining the journey she would take only to discover that someone else had been aboard and left unwanted royal things. 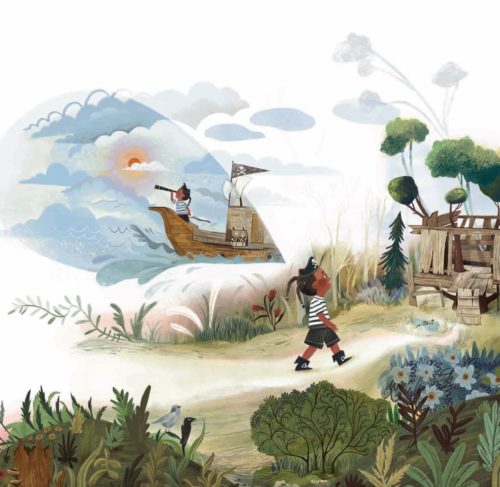 When the prince declares that he’d rather go to the moon than be on the pirate ship, the two adversaries look at the for and realize that it would make a perfect space ship and they work together to build what they need to explore space. 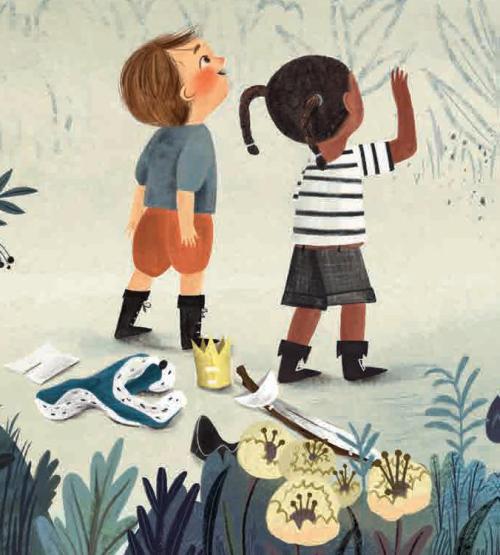 Why you should add THE FORT to your shelves:

Author Laura Perdew was kind enough to write a postcard to readers of THE FORT:

« Down Under the Pier – let’s explore!
5 Tips and Ideas for an Inclusive At Home Field Day »