I still remember the day that I opened an old copy of Treasure Island and read these words: 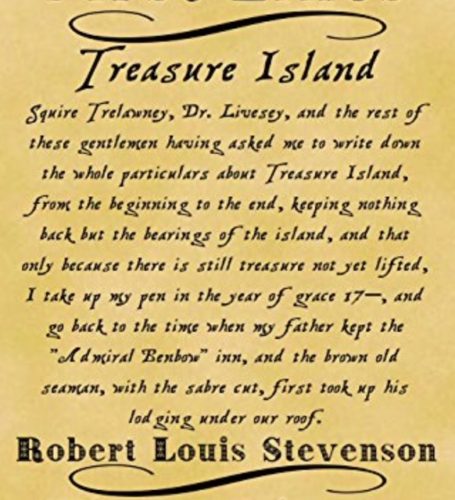 And so begins one of the world’s greatest pirate novels with arguably the most well-known map included in a book. This is the classic adventure written by Robert Louis Stevenson, which tells the tale of the innkeeper’s son, Jim Hawkins, who finds himself in possession of a map that will lead him to an island where a pirate’s treasure is buried. To reach the gold, Jim must deal with scoundrels, thieves, beasts, and the pirate Long John Silver. This is where everything we associate with pirates are first found including parrots, eye patches, pirate slang, deserted islands, and an x marking the spot for buried treasure. 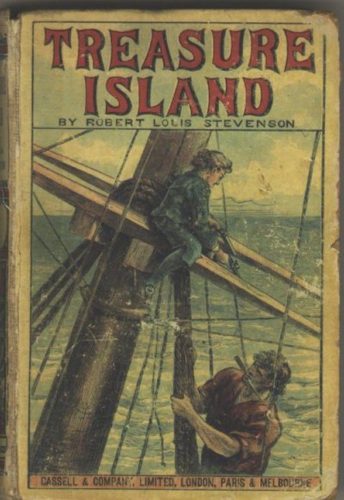 Stevenson based his novel on an event that happened in 1750. The Spanish galleon, Nuestra Senora de Guadelupe, was traveling from Cuba to Spain when it was caught in a hurricane and ended up near the outer banks of North Carolina. Damaged and unable to sail, the ship was towed to the Ocracok Inlet with its million dollar cargo aboard. Two merchant captains from Virginia stole the silver, sailed away, and buried it in the British Virgin Islands.

“… busy with a box of paints I happened to be tinting a map of an island I had drawn. Stevenson came in as I was finishing it, and with his affectionate interest in everything I was doing, leaned over my shoulder, and was soon elaborating the map and naming it. I shall never forget the thrill of Skeleton Island, Spyglass Hill, nor the heart-stirring climax of the three red crosses! And the greater climax still when he wrote down the words “Treasure Island” at the top right-hand corner! And he seemed to know so much about it too – the pirates, the buried treasure, the man who had been marooned on the island … . “Oh, for a story about it”, I exclaimed, in a heaven of enchantment …”

Stevenson went on to write Treasure Island, which was first published in serial form in the children’s magazine, Young Folks, between 1881 and 1882. It was published as a book in 1883 by Cassel & Co. 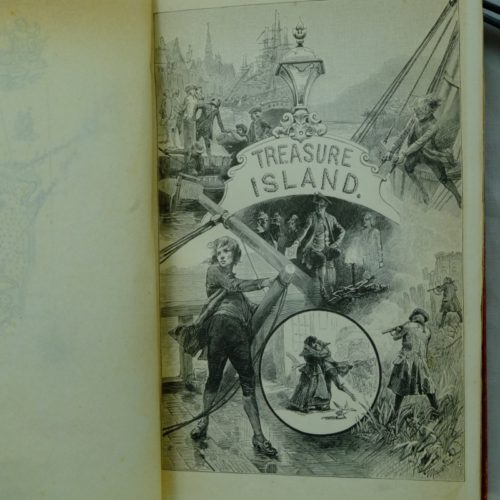 Stevenson drew an elaborate map of the island and sent it to his publisher.  Unfortunately, the publisher somehow misplaced it and Stevenson  had to draw a new one which he never thought was as good as the first. 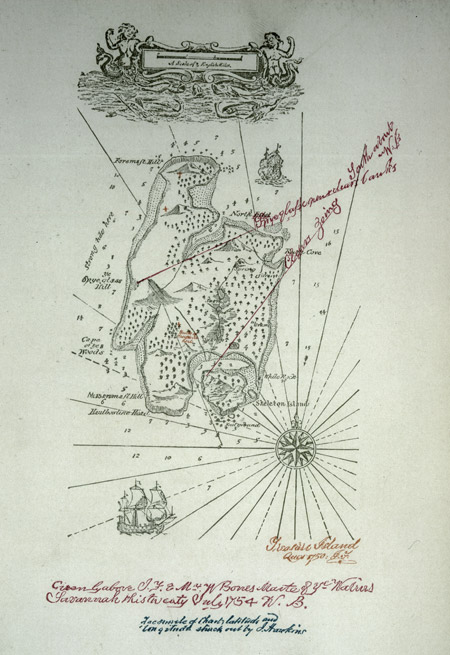 This map which has appeared in every edition of Treasure Island since its first appearance in book form in 1883. 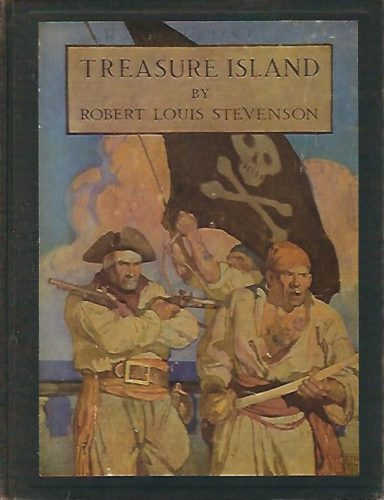 Treasure Island Day is celebrated each year on November 13th. Just for fun, here is a link of food ideas to serve at your Treasure Island inspired party.

Here is a link to the full text of  Treasure Island. I suggest, however, that you find an old illustrated edition for your reading pleasure.

This is the last week of the April A to Z Blog Challenge where bloggers post throughout the month on a theme in alphabetical order. This year I have been featuring maps found in children’s books. One of the best things about the challenge is discovering other great blogs to follow. Here are a few I am following:

Deborah Weber is creating a manifesto of creative wonder with words of significance to her. Inspiring!

Dragon’s Eye View because Everything is better with dragons!

Jen’s Lexical Creations who is perking up our literary ears with onomatopoeia all things sound… in written form – fun!

« Swallows! Ahoy! adventures illustrated with maps
Under the Sea – mapping an unknown world »