C is for Carnegie 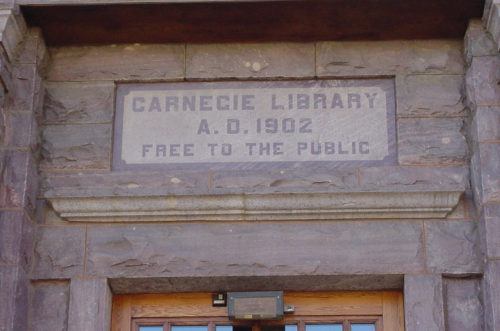 Most people know of Andrew Carnegie as a steel magnate who immigrated from Scotland in poverty and became one of the wealthiest men in the world.

He should be known more for his philanthropy. He gave most of his fortune away to fund a system of public libraries. Between 1886 and 1919, Carnegie’s donations paid for 1,679 libraries in large and small cities across the United States. Often the nicest buildings in town at the time, many continue to be used to this day as libraries, museums, offices, or restaurants.

This was a personal issue for Andrew Carnegie. While working as an apprentice, he wanted to read books in the local library. Unfortunately, libraries were membership only and Carnegie didn’t have money to join the library. He eventually met a business man, Colonel James Anderson, who opened his personal library to boys who could take out one book each week. As a self-educated man, Carnegie was passionate about helping others to educate themselves.

Andrew Carnegie had two stipulations for library grants. Each town needed to donate a suitable site and promise to support the library. This became the basis for tax supported libraries. He also requested that the words “Free Library” would be inscribed on the front of each building. He wanted to ensure that no library would charge an admission fee. 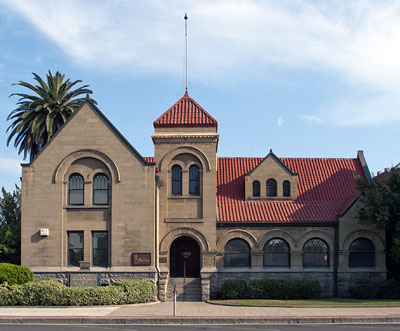 The Romanesque styled Hanford Carnegie Library was built in 1906 and operated until 1971 when a larger library was opened to serve the community. It now serves as a museum. The back garden borders on my husband’s office in the Old Telephone Building and is a lovely place for a picnic if you find yourself in town. 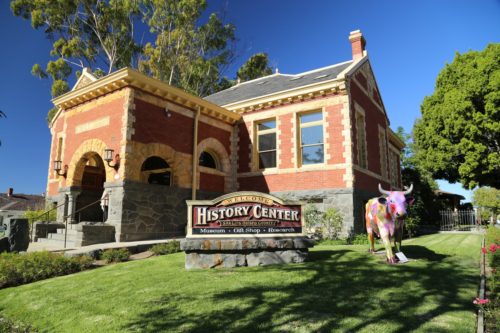 The Carnegie Library in San Luis Obispo now houses the Historical Museum. (Note the cow named Serrafina. She will only be there for another month. There are currently 101 cow statues on parade in San Luis Obispo County which will be auctioned off in May.) 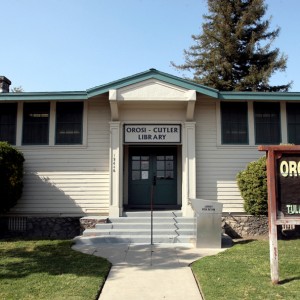 The Orosi Library was one of the few built in Craftsman style. It was the last Carnegie Library built in California and it still serves the community as a library. 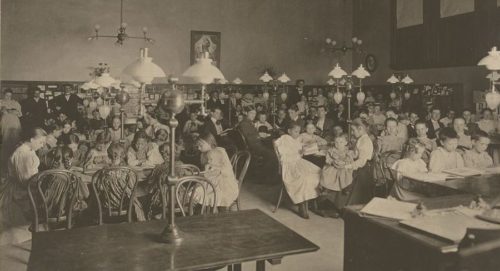 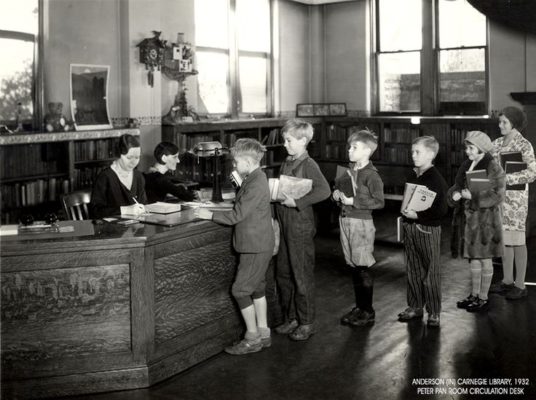 “It was from my own early experience that I decided

there was no us to which money could be applied

so productive of good to girls and boys who have

good within them and ability and ambition to

develop it as the founding of a public library.”

Have you ever visited a Carnegie Library?

« B is for Bookmobile #atozblogchallenge
Dis for Dewey #atozchallenge »