The most interesting alphabets are centered around themes – similar to the best posts in the A to Z Blog Challenge. Today’s alphabet book is definitely one of the most unusual I’ve come across. 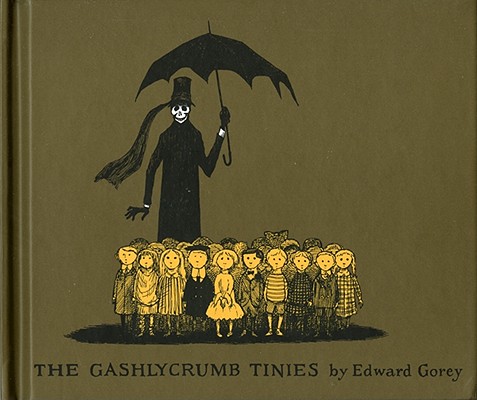 THE GASHLYCRUMBTINIES
Or, After the Outing
By Edward Gorey
Houghton Mifflin Harcourt 1963
64pages

The jacket flap warns the reader –

Yes, this book lists, in alphabetical order, the cause of death for 26 tots beginning with 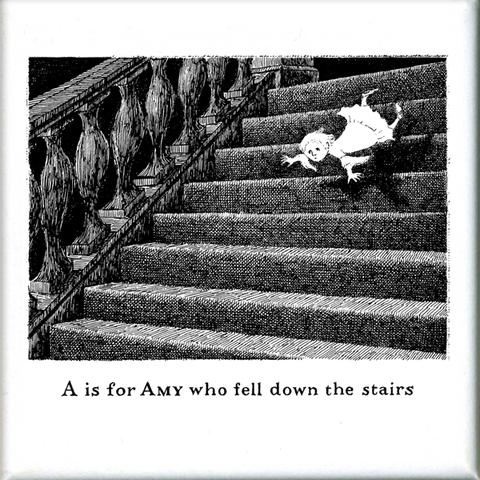 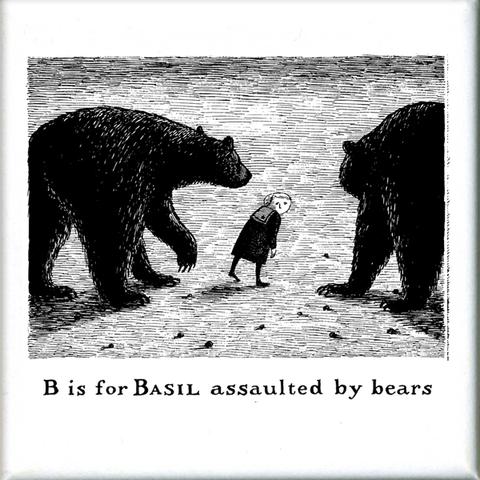 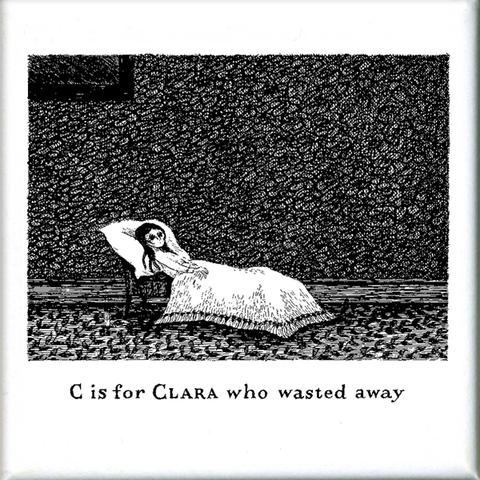 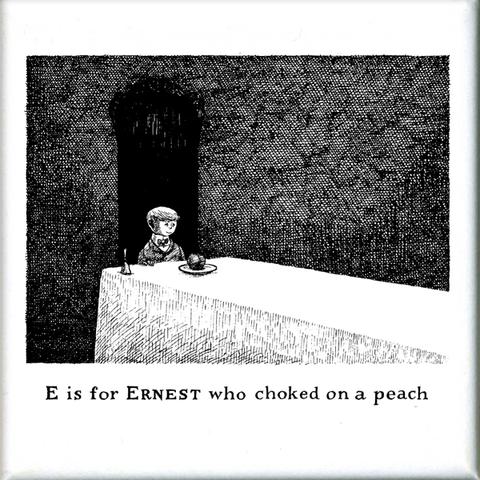 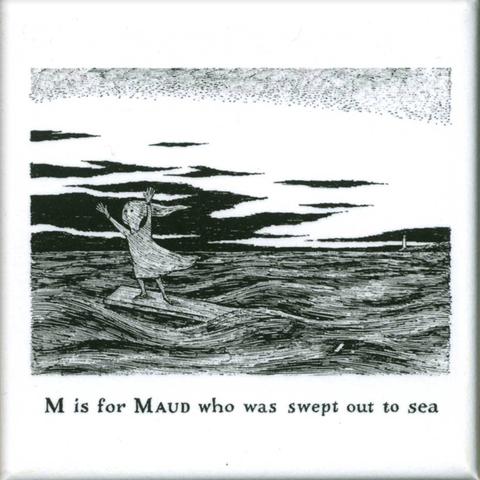 Edward Gorey was an American illustrator and author who wrote this dark and disturbing alphabet that is quite the opposite of most children’s alphabet books. There is no explanation of how these children ended up in such dire circumstances – where are the adults?  The books are illustrated with fine lined black and white drawings which give the book an old-fashioned feel, as though written in the Victorian era instead of the 1960’s. The Gashleycrumb Tinies has never gone out of print.

Edward Gorey lived in a 200 year-old sea captain’s house in Cape Cod, Massachusetts which has been turned into the Edward Gorey House Museum. It looks like a fascinating place to visit as well as the place to purchase interesting merchandise such as this lunchbox: 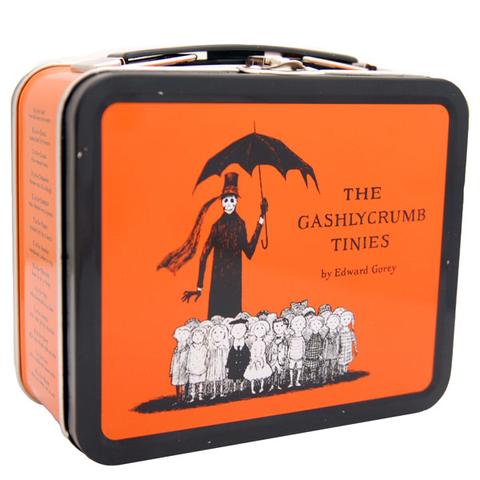 What do you think of alphabet books written for adults?