P is for Paris, today’s destination on the A to Z April Blog Challenge where my theme is Read Your World with Kid’s Books. 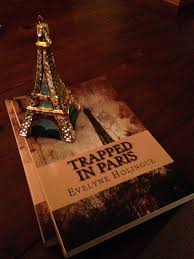 Do you remember when the Eyjafjallajökull  Volcano erupted in Iceland in 2010? Air travel was suspended thousands of people had to rearrange their plans. This is the situation that sixteen-year-old Cameron found himself in as he was preparing to return to Maine after studying in Paris. In the airport, he crosses paths with a French teen named Framboise. They find themselves trapped in Paris when they leave the airport and witness a murder on the River Seine. They become involved  in a dangerous adventure which takes them through the suburbs of Paris where they face kidnapping, stumble upon a human trafficking ring and deal with ruthless characters and deceitful police. Cameron and Framboise find inner courage and are able to overcome obstacles to expose and rescue girls trapped in a miserable situation. This mystery/ adventure/thriller/love story is not only fast paced and exciting but the reader gets to travel through Paris and view locations not commonly visited by tourists.

The author, Evelyne Holingue, was born and raised in France. She attended the Sorbonne in Paris and is very familiar with all aspects of this beautiful city. She is also participating in this year’s A-to-Z April Blog challenge. I invited her over to my blog to talk about her book, Trapped in Paris. 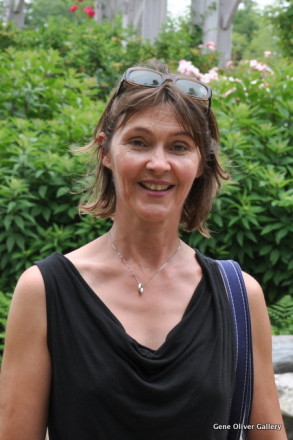 Hello Evelyne – Thanks for stopping by A Field Trip Life blog as part of the A to Z April Blog Challenge. My blog theme this year is Read Your World with Kids’ Books. I am writing about your book Trapped in Paris because today’s letter is P.

It seems to me that the city of Paris is more than a setting – it is almost a character. It would be difficult to see this book set anywhere else. So, why Paris?

I love Paris very much, but I’m sometimes a little tired to see the city depicted with clichés. Paris, as any place, isn’t just beauty and culture. It is a complex city with drastic contrasts that people who visit don’t always witness. I wanted to show a different aspect of Paris and moreover of its suburbs, which play a major role in the geography of the area. Most violence happens around Paris, although some arrondissements within Paris are also now fairly dangerous. Paris, seen through Cameron’s eyes, is still gorgeous but also less picture-like. Closer to what it is really.

Your main characters are Cameron, a North American, and Frambroise who is French. Describe each in three words.

Cameron is cautious, mending his broken heart and protective of his sisters.

Framboise is secretive despite being loud-mouthed and more vulnerable than she appears to be.

You write about ethnically diverse characters and difficult and disturbing situations such as the sex trade. How did you decide to write about these issues?

In the story the bad guy is a Caucasian corrupted policeman. The character called Boudjena is from Arabic descent and for different reasons he fell under the cop’s bad influence. Through the elderly Madame Dupré the readers witness Boudjena’s vulnerability and his potential for redemption. Like it is often the case for human beings, lots of reasons loom behind bad choices. I didn’t want them to be explicit as they are rarely very clear in real life.

I decided to write a story set against the backdrop of sexual violence because France is actually a country with significant sexual violence. Until very recently sexual crime was largely left unpunished. In fact it is only since December 1980 that rape got a lawful definition in France: regardless of circumstances any forced sexual act is rape.

In an interesting turn of events there is a current heated discussion in France about women’s sexual harassment in the street, in public transportation, and in public places at large.

There is even a Facebook Page about the necessity to stop this daily violence that most French women keep silent, afraid and shameful. It seems, though, that they are so tired and disgusted that they finally can’t stand it anymore.

This is a largely unknown aspect of life in France, less glamorous than the typical portrait of France, and yet a very palpable one. Believe me, I lived there for the first thirty years of my life.

When did you know you were a writer?

When I finished the first draft of my very first manuscript, years ago.

How does travel help you as a writer?

Settings are more accurate when people have been there and moreover when they are familiar with them.

Here are some quick questions:

A perfect day for me would be: Being satisfied with the words I wrote that day.

Purse, backpack or tote bag? A purse, pretty enough to act as a purse and large enough to be a tote bag. I’ll add a carry-on that fits in the overhead bin if I fly or on a seat in a car when I am away from home. I used to carry too much, now I like to travel light.

In my bag I always have:

Pens, notebooks, at least one novel, my laptop, my cell phone, and a lipstick because French women love lipstick.

Maine tomorrow but only for a few days. France in the fall and hopefully a trip to Asia, too often postponed.

Tell us about your current writing project.

Deep revision of a personal narrative, two novels, one for YA and for the first time one for adults.

You are also participating in the A-to-Z April Blog Challenge. How is it going so far?

Really well, in fact. I always wanted to write about French idiomatic expressions, so this challenge was a good way to finally do it. It will probably be a chapter in my personal narrative book and definitely a new category on my blog, with a recording of the expressions.

Thanks so much for visiting!

Thanks to you, Claire, for inviting me over. Your blog reflects your passion for children’s literature and all kinds of trips, in real or virtual, and it was really nice of you to think of me. See you soon.

I want to encourage everyone to visit Evelyne’s blog where she is sharing French expressions and their meanings. I guarantee you will find her posts fascinating.